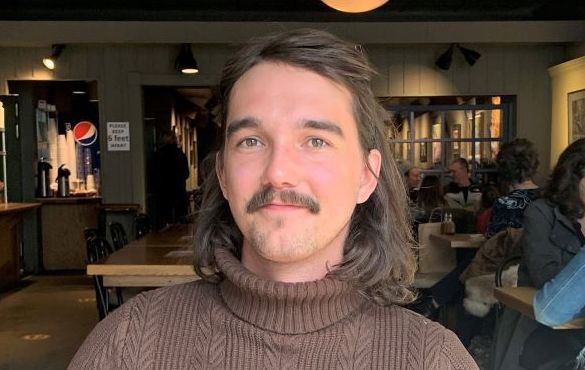 Dublin man Cian McLaughlin, 27, has been missing in Wyoming in the US for more than two weeks.

“Anyone that has business in the backcountry — scientific research, trail crew — we’re also expecting that they will be searching while they’re out in the field," Jostad added.

The last reported sighting of Irish man Cian McLaughlin was on June 8 when a man fitting his description was seen near the Surprise Lake junction heading into Garnet Canyon. National Park Service, who says that McLaughlin has about shoulder-length hair, reports that a man was seen on the trial matching the Irish man's description wearing round glasses, a white shirt, and shorts.

McLaughlin failed to turn up to his place of employment on Thursday, June 10 and he was reported missing on Saturday, June 12, kicking off the massive search operation that has since been scaled back. His vehicle was located at the Lupine Meadows Trailhead on June 13.

"Mental health has not been a feature of the profile that we developed to try to understand where he might be," Jostad said on Wednesday. “This looked like an afternoon, simple walk in the park."

She added: “We’re trying to keep a really open mind about where he might have gone, so we’re looking in all the possible places.”

As of Wednesday afternoon, more than €46k has been raised via a GoFundMe that was established to assist McLaughlin's mother Gráinne and his family with travel and accommodation costs and any contingencies.

On June 20, an update on the GoFundMe said that Gráinne had arrived in Wyoming.

"We surround her and Cian with our love and our hope," the update said. "Feel your heart, feel their love. May they be blessed. May they be reunited."

The National Park Services has not shared an update since June 18 when they indicated that they would be shifting tactics “to a continuous, but limited mode.”

“New clues will be investigated as they come forward," NPS said. "Park staff will continue to patrol the backcountry and search for signs of McLaughlin’s whereabouts.”

Up until June 18, the search had involved 70 park staff, search-and-rescue dog teams, 45 helicopter search missions, and consultations with more than 140 people who had tips or information about McLaughlin.

Search operations have resumed today in Grand Teton National Park for 27-year-old Cian McLaughlin, who has been missing for ten days. If you have info regarding his whereabouts, contact NPS ISB:

NPS said on June 18 that they do not anticipate issuing another media update unless there is a significant change.

Still, anyone with information regarding Cian McLaughlin is urged to contact the National Park Service Investigative Services Branch via phone / text at 888-653-0009, online, or email.