The search for missing Irish man Cian McLaughlin has today been narrowed to Garnet Canyon in Wyoming's Grand Teton National Park thanks to a new tip. 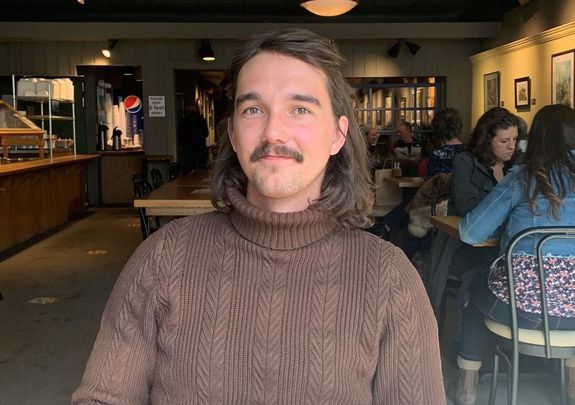 Dublin native Cian McLaughlin, 27, was last seen in Grand Teton National Park in Wyoming in the US on June 8. National Parks Service

Rangers at Grand Teton National Park in Wyoming have identified the trail that missing Irish man Cian McLaughlin may have been hiking on at the time of his disappearance.

Park rangers confirmed late on Wednesday that they received a tip from a local climbing guide who reported seeing a person matching McLaughlin's description hiking up the Garnet Canyon trail, above the Garnet Canyon/Surprise Lake junction, around 3:45 pm on Tuesday, June 8.

In light of the tip, search operations will be adjusted from today, June 17, to focus more on Garnet Canyon, a 310,000-acre area of the larger Grand Teton National Park in Wyoming.

The trail that McLaughlin may have been spotted on is an 8.2-mile round trip and is ranked as moderate-strenuous on the park's official website. It has a peak elevation of 9,280 ft.

Prior to the tip, McLaughlin, a native of Dublin, had not been since 2:30 pm on Tuesday, June 8, prompting an extensive search and rescue operation.

On Wednesday, the search for McLaughlin included over fifty park staff conducting ground search efforts in high probability areas of the backcountry. Six search and rescue dog teams, members of Teton County Search and Rescue, and the Teton Interagency Helicopter have also been involved.

McLaughlin was reported missing by the Teton County Sheriff's Office on Sunday after he failed to report for work on Thursday. Park rangers subsequently found his vehicle in the early hours of Sunday morning parked near the Lupine Meadows Trailhead.

"As McLaughlin’s destination is unclear, anyone who has been traveling in the Teton backcountry since Tuesday, June 8, may have seen him," a spokesperson for Grand Teton National Park said in a statement.

On June 15, a GoFundMe was launched to help McLaughlin's mother Gráinne and her partner travel to Wyoming.

More than €37,000 of the fundraiser's €50,000 target has already been raised to support McLaughlin's family with travel and accommodation costs.

The National Park Services continues to encourage anyone with potential information about McLaughlin to register their tips via phone, email, or online.