US National Park Service does not know what 27-year-old Irishman Cian McLaughlin's route in the 310k acres park may have been. 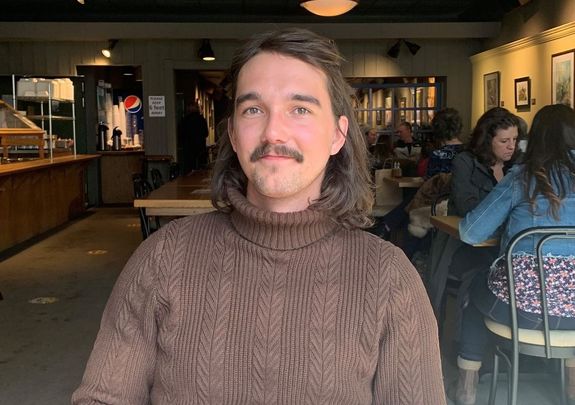 Missing person: Can you help? Cian McLaughlin (27), from Dublin, is missing in the Grand Teton National Park, in Wyoming. National Park Services

Cian McLaughlin (27), from Dublin, was last seen on the trails of Grand Teton National Park in Wyoming over a week ago.

"McLaughlin was last seen around 2:30 p.m. on Tuesday, June 8, approximately a half-mile from the Lupine Meadows Trailhead, hiking to an unknown destination.

"McLaughlin was last seen wearing a cutoff tank top and shorts (unknown color), a bucket hat, and round sunglasses. He was not wearing a backpack."

Originally published June 14, 8 am EST: Cian McLaughlin's route in the 310k acres Grand Teton National Park is unknown. Experts have turned to the public to help as drone and the on-ground search continues.

On Sunday, June 13, the National Park Services, at Grand Teton National Park, in Wyoming, issued a request for the public’s assistance in locating Cian McLaughlin (27), from Dublin.

The statement read that "Teton Interagency Dispatch Center was notified of a missing person report for McLaughlin on Sunday, June 13, at approximately 7 a.m. by the Teton County Sheriff’s Office. It was believed that McLaughlin intended to go hiking earlier in the week and failed to show up at his place of employment on Thursday, June 10, and was reported missing late Saturday night, June 12.

"Park staff surveyed trailhead locations within the park early Sunday morning, June 13, and located McLaughlin’s vehicle at the Lupine Meadows Trailhead. A ground and aerial search was immediately initiated in probable locations that he may have been hiking."

Grand Teton National Park is 310,000 acres and includes major peaks of the 40-mile-long Teton Range. The highest peak, the Grand Teton, rises 13,770 feet above sea level. It is a popular tourist attraction and millions of people visit the park every year.

National Park Servies continued "McLaughlin’s route is unknown. He could be hiking in the Garnet Canyon, Surprise, Amphitheater, Delta, or Taggart Lakes area."

They added that as McLaughlin's "plans were unclear, anyone who has been traveling in the Teton backcountry since Tuesday, June 8, may have seen McLaughlin. Anyone with information regarding his whereabouts should contact the National Park Service Investigative Services Branch (see details below).

Anyone with any information on McLaughlin's whereabouts are asked to call or text the tip line on 888-653-0009, go online at www.nps.gov/ISB and click “Submit a Tip”, or email them here. 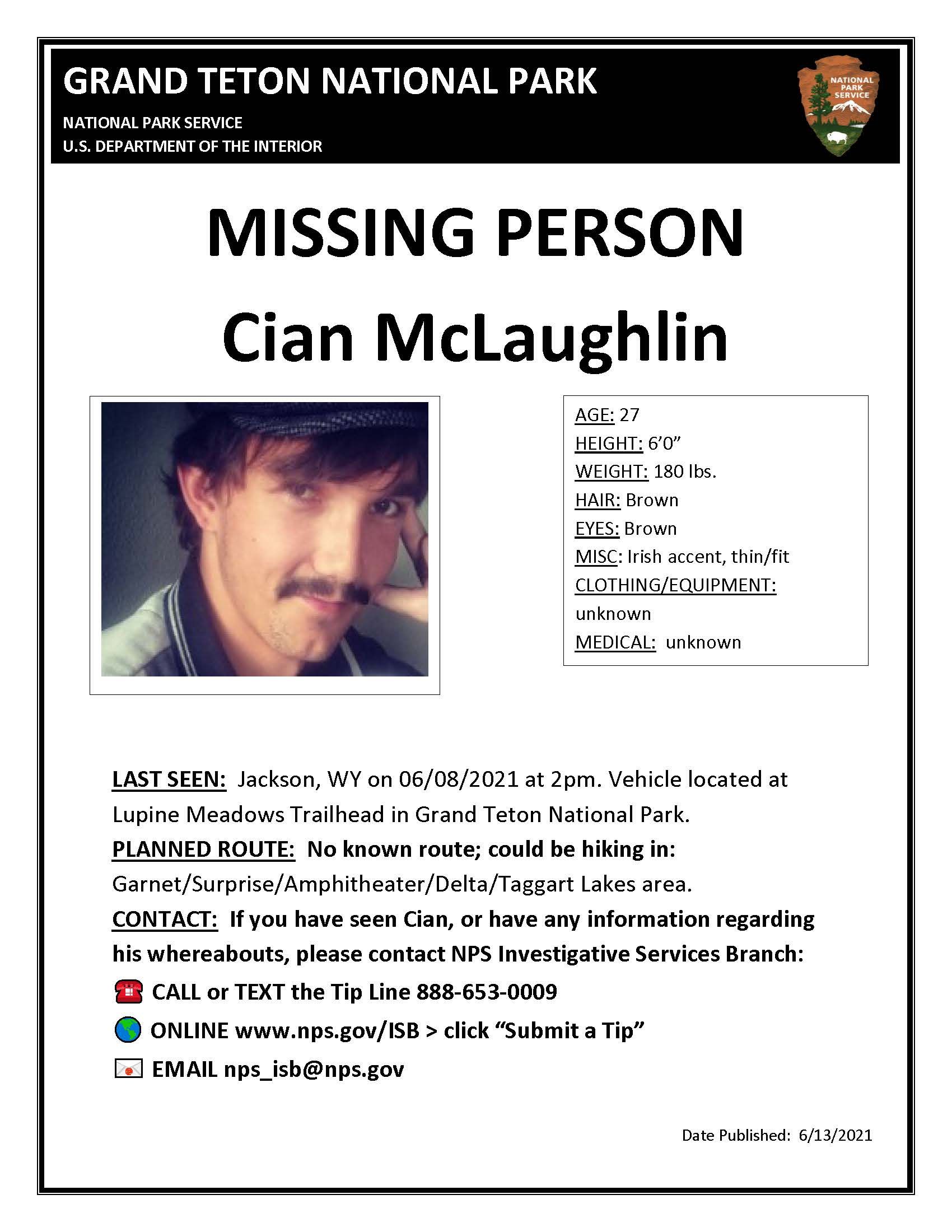