As the search for missing Irish man Cian McLaughlin continues in Wyoming, a GoFundMe has been launched to assist his mother Gráinne on her travels to the US. 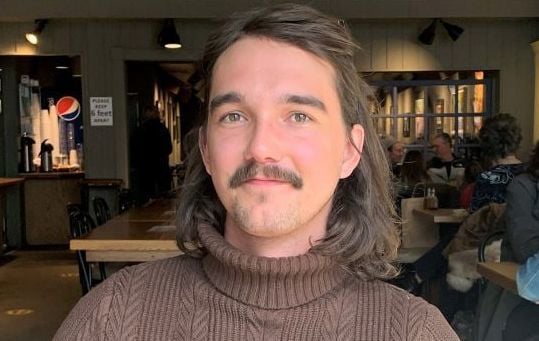 The search continues for Cian McLaughlin, 27, in Grand Teton National Park in Wyoming in the US. The Dublin native was last seen on June 8.

On June 15, as the US National Parks Services continues the search for the missing Irish man, a GoFundMe was launched to support McLaughlin’s family.

The GoFundMe, which has raised more than half of its €50,000 goal in less than a day, says in part: “His mother Gráinne and her partner are travelling out to Wyoming. We have set up this Gofundme to help with travel and accommodation costs and any contingencies.”

An update posted today, June 16, said: “Thank you, thank you.

Grand Teton National Park said in a tweet on Tuesday that the search operation for McLaughlin had entered its third day.

The National Parks Service said on Tuesday: "McLaughlin was last seen by a friend around 2:30 p.m. on Tuesday, June 8, approximately a half-mile from the Lupine Meadows Trailhead, hiking to an unknown destination.

"Rangers received additional tips today about potential sightings of McLaughlin on the switchbacks below the Garnet Canyon/Surprise Lake junction and in the vicinity of Delta Lake on Tuesday, June 8.

"As McLaughlin’s plans were unclear, anyone who has been traveling in the Teton backcountry since Tuesday, June 8, may have seen him and are encouraged to contact the National Park Service Investigative Services Branch.

"Security cameras show that McLaughlin entered the park via the Moose Entrance Station on Tuesday, June 8 at 2:15 p.m. He was wearing a white short-sleeve shirt and a red watch while in his vehicle. In addition, it is believed he was wearing shorts, a bucket hat, and round sunglasses. McLaughlin also has a noticeable forearm tattoo on his left arm. The missing person flyer has been updated.

"Anyone with information regarding McLaughlin’s whereabouts is asked to contact the National Park Service Investigative Services Branch: