Christmas Star visible for the first time in 800 years

Jupiter and Saturn will appear to merge on 21 December and light up the night sky over Ireland. 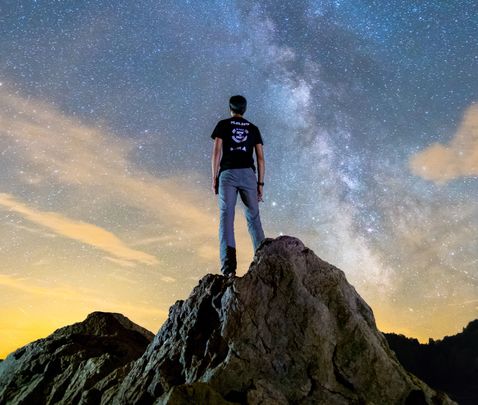 Look up this Dec 21! The Christmas Star will be visible. Flickr / Benh Lieu Song

For the first time since 1226, a rare "Christmas Star" will shine as Jupiter and Saturn, the solar system's two largest planets will appear to merge.

Coincidentally the Christmas Star will make its appearance on the winter solstice, the shortest day of the year in the northern hemisphere. It also coincides with the peak of the Ursid meteor shower, marking a spectacular end to the astronomical calendar in 2020.

The Christmas Star is so-called as it is believed that this celestial event may have been the star of Bethlehem, which the Three Wise Men in the Bible story of Jesus Christ's birth followed.

On Monday, Dec 21, stargazers should look towards the waxing crescent moon, in the west 45 minutes after sunset.

While the star will be visible with the naked eye Astronomy.com suggests that if you have binoculars or a telescope you could "watch the dance of Jupiter's four moons, Europa, Io, Callisto, and Ganymede."

Each night leading up until 21 December, Jupiter and Saturn will “gradually move closer to each other”, according to Nasa.

“Keep in mind that while the two gas giants may appear close, in reality, they are hundreds of millions of miles apart.

“This will be quite a striking sight, but you will need to look fast as both planets will set shortly after sunset.”