The Late Late Show's Busk for Simon Christmas special is bringing together some of Ireland's top acts on Friday to support charity. 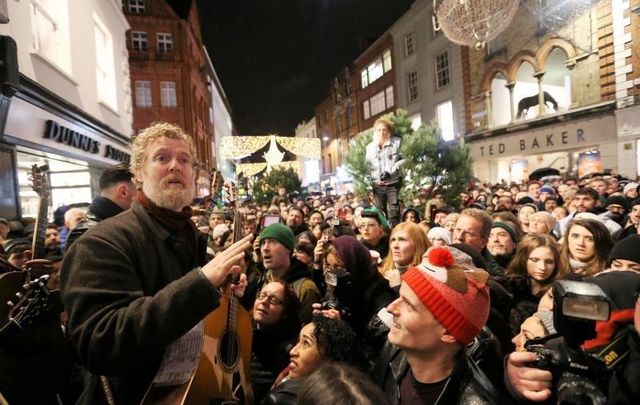 Glen Hansard at the Christmas Eve busk on Grafton Street in Dublin in 2016. RollingNews.ie

A Christmas like no other deserves an extra special busking session and this year the Grafton Street Busk will air on RTÉ's final Late Late Show of 2020.

It's become an annual tradition that big names such as Bono and Glen Hansard are spotted on Grafton Street in Dublin on Christmas Eve busking for charity.

This year, however, they've organized a very special "Busk for Simon" for RTÉ's Late Late Show in aid of the Simon Community, who work to address and prevent homelessness.

Ten years ago, Glen Hansard first took to Grafton Street with an ensemble of well-known musician friends to raise money for Ireland's homeless, a tradition that he has kept going since.

This year, U2's Bono and The Edge, Glen Hansard, and Shane MacGowan will join forces on Ryan Tubridy's Late Late Show on RTÉ for a special event to ring out the year with a special musical event.

Imelda May will join from London for a very special performance of On Raglan Road, with John Sheahan, Finbar Furey, Lisa O'Neill, Hansard, and Shane MacGowan joining in from The Late Late Show studio. 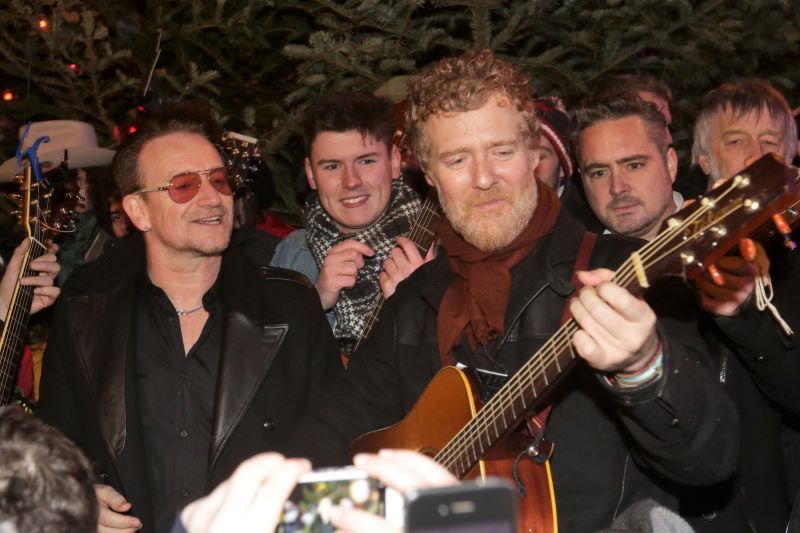 Commenting on the Friday night show, host Ryan Tubridy said "This will certainly be a night to remember with the best of Irish talent in one room coming together for some incredible performances.

"In return, our friends here are asking viewers to dig deep to donate to the Simon Community and to help our brothers and our sisters who are currently homeless to get off the streets, to be safe, to be warm, to be treated with dignity and decency and ultimately to get the type of secure housing that everyone deserves."

The Simon Communities throughout Ireland provide the best possible care, accommodation, and support for people experiencing homelessness and those at risk. Together, with people who are homeless, Simon tackles the root causes, promotes innovative responses, and urges the government to fulfill its commitments.

Simon delivers support and service to over 13,000 individuals and families who experience - or are at risk of - homelessness on an annual basis.

The Simon Communities of Ireland is an affiliation of local Communities in Cork, Dublin, Dundalk, Galway, the Midlands, the Mid West, the North West, and the South East.

You can donate to Simon Community here.

The Late Late Show Busk for Simon will air on RTÉ One on Friday at 9:35 pm.