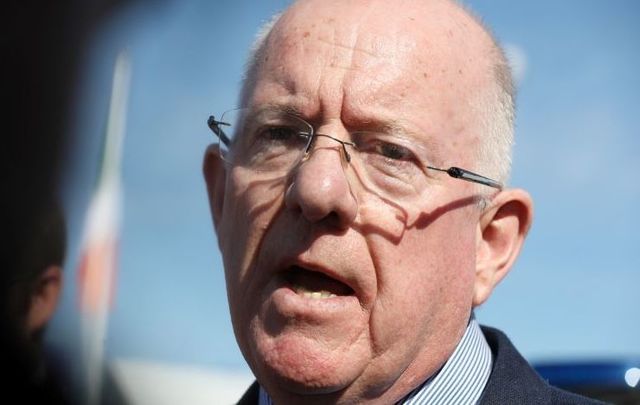 There has been much debate about Direct Provision in recent weeks. There has been debate too, about the location of Centres and how local people should be interacted with and consulted.  I welcome that debate. However, I would appeal for it to be thoughtful, respectful and factual. And most of all, I would ask for it to take place in a spirit of compassion and understanding.

I know some people disapprove fundamentally of the system of Direct Provision. They want it abolished. Others see some merit in it but would like it improved, while a third cohort has concerns about the possible impact of a potential centre in their area. I understand the concerns of these groups.

But there is a fourth group which I don’t understand and I do not think any of us should tolerate. That is the group made up of those who would exploit the genuine concerns above to whip up anti-immigrant, anti-asylum seeker sentiment.

This is insidious and dangerous behaviour. I want to call it out.

We are a nation of immigrants. Far-flung, we Irish people are proud of our global footprint.  There is hardly a family in the country which doesn’t have relatives abroad. Indeed my own three sisters emigrated in the early 80s and my daughter is currently living in Australia. But while we know that in times long gone Irish people might have faced a hostile reception when they had to go abroad, we now expect to be welcomed for our contribution wherever we go. Similarly, those of us who have stayed at home, are proud of our reputation as a friendly and hospitable people.

That reputation is valuable. But it needs to be minded. So yes, let’s discuss the issues around Direct Provision. Let’s talk about what it might mean to expand on the 38 centres already dotted around the country, and have another one open in our own regions.  But let’s do it respectfully. And as we do so, let’s stay true to what it means to be Irish. To me, that means to be caring, kind and welcoming.

There are many myths about Direct Provision. Rather than attack the myths, however, let me outline the truths.

First of all, it is really important to point out that the offer of Direct Provision services - accommodation, food etc – is exactly that - an offer. Someone arriving in this country, seeking protection, possibly traumatised, with little or no English, is very likely to need to be directly provided for, to ensure their safety and well-being.

Secondly, while the weekly allowance offered to applicants is modest, it’s important to note that all accommodation, food, utilities, medical care, exceptional needs payments, etc. are provided for.

The third point is really important. No one is incarcerated in a Direct Provision Centre. Doors are open. People are free to come and go as they please. So we mustn’t allow residents to be stigmatised by suggesting that they are somehow imprisoned against their will.

Fourthly, more and more residents in Centres are now able to work. Last year, the system changed to allow those without a first instance decision within 9 months to access the labour market. To date, over 4,500 labour market access permissions have been granted, including over 3,000 permissions to people living in Direct Provision centres.

And finally, the vast majority of people who are in Direct Provision centres are not there long term. They are there only while they await a determination on their application for asylum in Ireland. We have been working hard to speed up processing times, and the average period within which applicants receive a decision is now less than 16 months, less than 9 months in priority cases.  It is true that some people live for many years in Direct Provision Centres, but these are almost all applicants who have received a negative decision – or a series of negative decisions – and are exercising their right to appeal through the courts.

We are in a most difficult situation. I acknowledge that. Rising numbers of applicants have meant that we have to open new Centres. Rumours start about where they might be.

As rumours take hold, people ask why we can’t consult in advance of contracts being signed.  But in any case, involving a tender, consultation, and engagement prior to the awarding of a contract is difficult. We are looking at what we might be able to do about that.

In the meantime though, what is not difficult, and what we do do, is engage and reassure after a contract is signed. Some of this engagement and reassurance comes from my Department, more comes from people in towns who found themselves in similar situations some time ago and lived, not just to tell the tale, but to thrive!

Take Lisdoonvarna. In early 2018 there were many concerns expressed about the designation of a new Direct Provision Centre there. Now, 18 months on, there are more people in the town, there is more business in the town, and there is a thriving and supportive “Friends of the Centre” group which, amongst other initiatives, produces a timetable of weekly activities for local asylum seekers, with many events facilitated by members of the local community.

And it is not just Lisdoonvarna. Our experience in the Department is that Irish communities who have had centres open in or near their town have turned out to be not just universally welcoming, but also enriched by the people who move in.

Direct Provision has been in place for 20 years. Since then, it has provided food, shelter, and essential needs for over 60,000 people who came here asking for international protection.

I readily accept that the system is far from perfect. But in the last ten years in particular, huge improvements have been made. The story of these improvements is perhaps less exciting than recycling the stereotype of a cruel inhumane system, but it is an important story nonetheless and one which should not be ignored as people, sometimes for their own ends, pile in to excoriate something they have neither seen nor experienced. Those who have seen and experienced it, however, have helped us improve it, and it is important to recognise the many people, applicants, NGOs, local communities, and especially Judge Bryan McMahon, who have contributed to making things better.

We are not pretending the system is perfect. Indeed we are actively looking at more improvements, alternatives, suggestions. We would welcome all and any that anyone, including our critics, might put forward. But in the absence at the moment, of a better way, we will continue, through providing directly for them, to do what we can for those who arrive in our country.

We believe that when we Irish arrive in other countries, we enrich lives and cultures.  And we do. What those who are coming here are asking, is that we would offer them first, protection, then integration, and finally, the chance to enrich ours.

Let’s give them that chance – wholeheartedly.

Do you agree or disagree with Minister Charlie Flanagan? Let us know in the comments