Why did anti-asylum seeker march in Galway start at Catholic church, asks priest

“No doubt there are genuine concerns, but this increasingly seems like something much darker and more ugly." 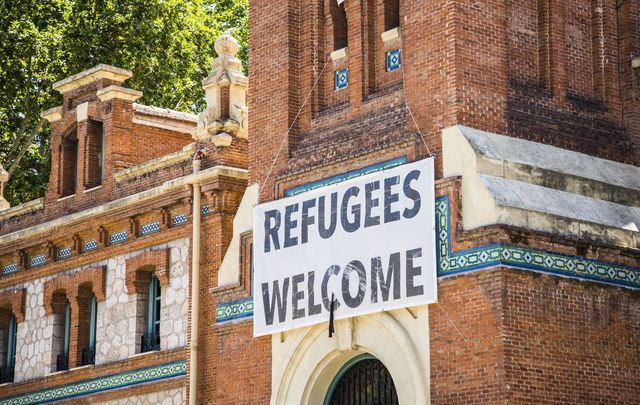 A prominent campaigning priest has questioned why a protest march against asylum seekers started in a Catholic Churchyard.

The march happened three days after Independent TD Noel Grealish said African migrants are in Ireland to “sponge” the system.

The criticism of the march starting in a churchyard in Oughterard in Connemara, Co. Galway, came from Father Tony Flannery, founder of the Association of Catholic Priests.

Flannery, who is in dispute with the Vatican over his support for women priests and other controversial Church issues, said on Twitter, “As a Galway man, I am concerned about what is happening in Oughterard.

“No doubt there are genuine concerns, but this increasingly seems like something much darker and more ugly. And the march started from the church; what is that about?”

A disused hotel in Oughterard has been earmarked for conversion into accommodation for asylum seekers under a government-sponsored system for what is known as direct provision centers.

Protests against such centers were held earlier this year in counties Donegal and Longford.

A meeting last week of 700 protestors in Oughterard heard Grealish refer to Africans sponging the system.

Taoiseach Leo Varadkar called on Grealish to withdraw and “clarify” his claim. Bishop of Limerick Brendan Leahy issued a statement saying that racism and intolerance should have no place in Irish society.

Some local critics described Grealish’s comments as racist, although they also acknowledged that the direct provision system is flawed.

There were about 1,500 in the subsequent silent two-mile protest march from the churchyard. The march highlighted opposition to what organizers called “inhumane direct provision.”

One of the organizers, local publican Rory Clancy, said, “Because of the comments of a couple of people at last week’s meeting, we are being tarnished, and that is not us a community in Oughterard.”

Meanwhile, he said, a local “presence” would be maintained on a 24-hour basis at the disused hotel to register the community’s opposition to the new direct provision center.