Two Northern Ireland priests said those who advocated to change Ireland’s restrictive abortion laws should not be “hypocritical and dishonest” on their wedding day. 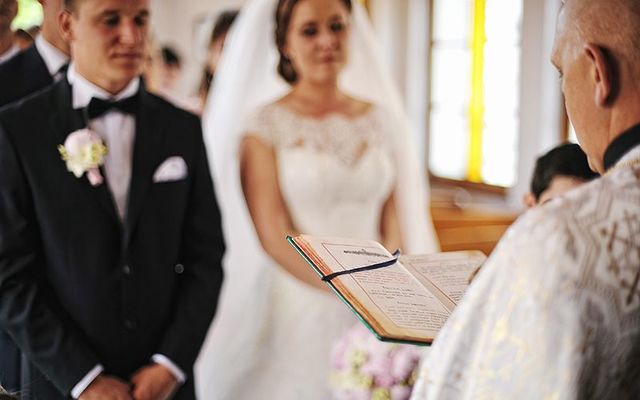 Priests in Northern Ireland say Catholics who voted Yes in abortion referendum should not be wed in Catholic Church. iStock

Two Northern Ireland priests said those who advocated to change Ireland’s restrictive abortion laws should not be “hypocritical and dishonest” on their wedding day.

Two Northern Ireland priests have said Catholics who voted Yes in the Eighth Amendment abortion referendum, which was won by 66.4%, should not be allowed to marry in a Catholic Church.

Father Patrick McCafferty, the Parish Priest of Corpus Christi parish, in Ballymurphy, West Belfast, wrote on his views in the Belfast Telegraph. He said those who voted Yes to change Ireland’s restrictive abortion laws can “get married in City Hall” to avoid being “hypocritical and dishonest by using the Church for a day".

The priest’s public comments carried on for Bishop Kevin Doran’s message earlier this week that Catholic who had voted Yes should attend confession as they had sinned.

McCafferty wrote that it was “dishonest to have a wedding in a church if you don't respect or regard what the faith is about".

And said “If you don't support the Church's teaching on a fundamental issue, why be hypocritical and dishonest by using the Church for a day? It's a total fiasco.”

McCafferty said “you cannot be a Catholic and be in favor of abortion." He urged those who do not agree with the Catholic Church’s teaching to “have marriages solemnized in a civil setting".

The Belfast parish priest’s comments came after an Armagh priest’s query was featured on the BBC Radio Ulster program “Nolan Show”. Father Damien Quigly, from Armagh, had asked if a couple’s “promotion or advocacy” for abortion would mean that the Catholic Church could not celebrate their wedding.

Quigley wrote to the couple via private message, saying:

"Just a heads-up, that as the priest you've asked to celebrate your wedding for you, you and I would need to have a conversation about any promotion you may do to advocate for abortion in Ireland.

"Such promotion or advocacy would impact on the appropriateness of me celebrating your wedding or possibly the wedding taking place in a Catholic church.

"I'm sure we can have a good chat over a coffee sometime."

The day after Ireland voted, by a 66.4% majority, to change the country’s restrictive abortion laws, Quigley wrote on social media “the majority of our brothers and sisters in the Republic of Ireland have voted to follow a tragic path”.

A former Irish senator Máiría Cahill, who had a medical termination in her 20s and publicly campaigned for the repeal of the Eighth Amendment said Quigley's message to the young couple "petty". She added that his comments showed that the Catholic Church is "out of touch" with its congregation.

Cahill said "Hundreds, if not thousands, of Catholics have had abortions and continued to practice their faith - if the Church believes otherwise it is extremely naïve."