Catholic symbols and Masses to be removed from Irish state schools

New wider regulations seek to "echo the beliefs of the wider school community." 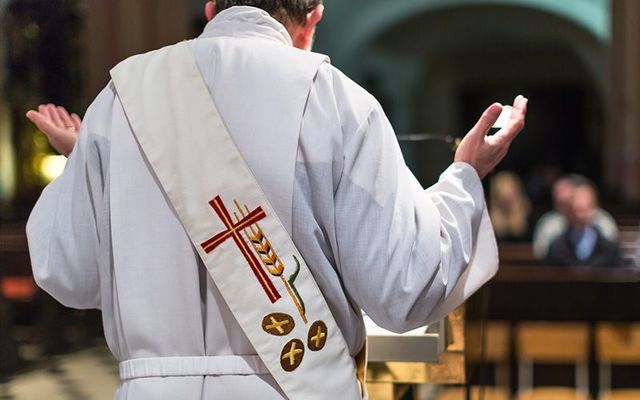 Mandatory Masses to be nixed from Irish schools as Catholic symbolism to be phased out. iStock

Balance to be used in the display of multi-denominational religious symbols as Catholic symbols to be phased out and Masses no longer compulsory.

New Education and Training Board rules will see over 200 state-run secondary schools in the Republic of Ireland phase-out Catholic symbols and mandatory Masses.

The regulations will apply to schools run by the Education and Training Boards, classed as "multi-denominational". The new rules were published in an as yet to be released document, obtained by the Irish Times.

According to the document any religious symbols displayed in the schools "must echo the beliefs of the wider school community rather than one particular religion."

The new rules add that there must be a balance, meaning displaying a Menorah for Hanukkah if there is also a Christmas nativity scene on display.

Masses and other religious ceremonies will be held for students only on an "opt-in" basis, rather than being mandatory.

The General Secretary of Education and Training Boards Ireland, Paddy Lavelle, confirmed to the Times that this document is part of a wider framework addressing the “multidenominational aspect of our schools specifically and the importance of catering for children of all religious and non-religious worldviews equally”.

According to a Veritas and The Catholic Secondary Schools Parent Associations report, there are 723 second-level schools in Ireland made up of 374 Catholic schools and "254 ETB schools including community colleges and 95 community/comprehensive schools."

The 2016 Irish census shows that 78.3% (3.5 million) of the population identified as Catholic. This figure is down from the figure of 88% six years earlier. The next largest group after Catholic was "no religion", at 10% of the population. Despite a large number of schools in Ireland being run by religious organizations but funded by the state, a general trend of secularism is occurring within the Irish population, particularly in the younger generations.