Vandals scratched an initial onto the capstone of Tomb 51 or Listoghil, the central monument at Carrowmore. 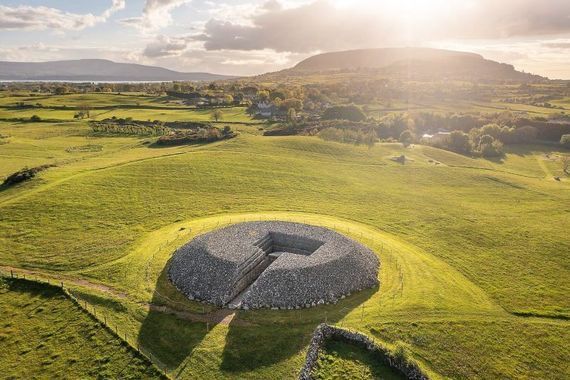 A monument at Carrowmore megalithic cemetery in Co Sligo has been vandalized, say Irish police.

Gardaí are increasing surveillance at the prehistoric site after its key monument was targeted by vandals.

According to The Irish Times, an initial was scratched onto the capstone of Tomb 51 or Listoghil, the central monument at the cemetery.

The Office of Public Works and the National Monuments Service of the Department of Heritage are investigating the act of vandalism, which was scratched on top of neolithic art.

The art  has been there for over 5,000 years and according to local sources,  is no longer visible to the naked eye.  They say the culprits may not have been aware it was there.

Gardaí have asked the public to report any suspicious activity around the area after hours.

A National Monuments Service spokesman said the crime was being taken very seriously.

“The NMS follows up on all reports of damage to monuments and refers serious cases to An Garda Síochána for formal investigation,” he said.

“This incident at Carrowmore occurred out of hours and An Garda Siochana are increasing their evening patrols of the large site.”

More vandalism reported at Carrowmore #Megalithic Cemetery. @gardainfo appeal 'to report anyone acting suspicious on the site - call 0719157000 if you see anyone on the site after hours'
These #heritage crimes need to be investigated fully @NationalMons @NMIreland @DeptHousingIRL pic.twitter.com/IALqYnbVtG

There are three locations in Co Sligo with Neolithic art; these include Carrowmore, Carrowkeel and Heapstown.

Carrowmore, which is located on the Cúil Irra Peninsula, is the largest megalithic cemetery in Ireland. The tombs at the ancient burial site were built around  4600-3900 BC, making them older than the pyramids in Egypt.

Gardai described the damage on “what is essentially a graveyard” as “despicable."

The site, one of the four major passage tomb cemeteries in the country, attracts thousands of visitors each year.

A Department of Heritage spokesman said:  “The vast amount of visitors to archaeological monuments are very respectful of them."