Locals battle to save Irish castle being destroyed by vandals

The monument was restored but was recently damaged once more 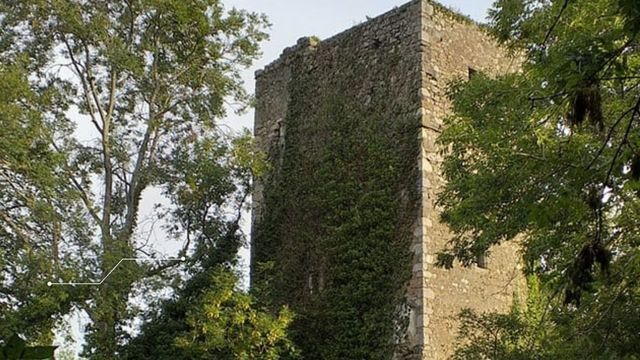 The Old Court Castle is being destroyed by hooligans who are removing stones from the structure and leaving a gaping hole.

Locals in Bray, County Wicklow, have come together in an effort to put an end to the vandalism that is being done to the town's historic stone castle.

After continuous damage to the castle, locals took matters into their own hands and created a Facebook page named "Protect Old Court Castle Bray", highlighting the vandalism and calling for the restoration of the monument.

The Old Court Castle, which was built in the 1400s, is a typical example of a Norman tower house and overlooks the valley and the Swan River. There is no access to the inside of the four-story stone tower at the ground floor level. The hole, which is one meter in dimension, allows the vandals to enter the castle and climb the staircase which leads to a narrow passage built into the walls of the tower on the first floor. Inside a spiral staircase leads from the second to the fourth floor.

Just a reminder of the damage done to old court castle.

Posted by Protect Old Court Castle Bray on Thursday, 21 May 2020

Read below the sequence of events on the damage to the castle over the past year.

21st May: Speaking to WicklowNews.net, Sinn Féin political party elected member, John Brady, described the serious damage that has recently been caused to Old Court Castle in Bray as a mindless act of archaeological vandalism. An investigation has been launched by the National Monuments Service of the Department of Culture, Heritage, and the Gaeltacht.

“We have lost far too much of our archaeological heritage. In Bray alone, fantastic buildings such as the old Turkish Baths on Quinsborough Road were destroyed in the 1980s, the remnant of the castle on Castle Street was destroyed in the 1930s and St Paul’s Lodge on Herbert Rd was demolished by the council in 2018," he explained.

8th January 2021: The damage to the castle is repaired and the hole is filled.

Great news at last. Pleased to announce that the hole in the western wall of the castle has been fixed and done in such...

18th March: Shockingly the vandals return and manage to undo all the restoration work.

Castle wall breached yet again. Photos taken approximately 7am Wednesday 17th of March. While Irish all around the world celebrated our Irish heritage, vandals were busy destroying our Irish heritage at home. ?

They've removed the stones and further sections of the original wall have also been destroyed. Sinn Féin John Brady comments that “a number of individuals have been seen tampering with the castle and removing sections of the walls. I have passed all this information onto the Gardaí. Damaging a recorded monument is a specific offense under the National Monuments Acts and is subject to severe penalties on conviction."