Heads of the Anglican and Catholic Church reported plan to meet described as “remarkable and wonderful” by Archbishop. 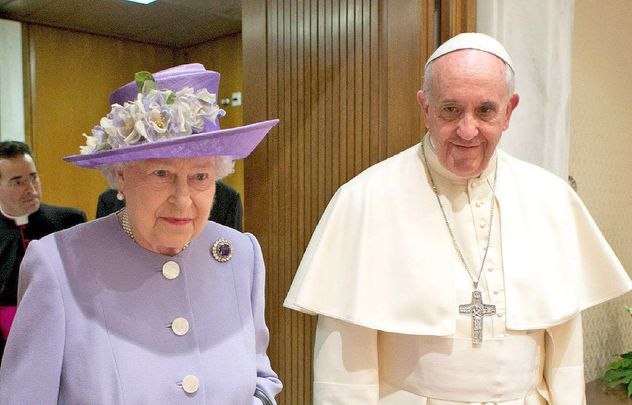 Heads of the Anglican and Catholic Church reported plan to meet - described as “remarkable and wonderful” by Archbishop.

Q Radio have reported that the Pope will travel north of the border and be joined by the Queen, in April 2018. According to the station the plans for heads of the Catholic and Anglican Church’s visit are still being worked on and the location of their meeting has yet to be revealed.

The Archbishop of Armagh, the Most Reverend Richard Clarke, told Q Radio news of a joint visit would be "remarkable and wonderful".

"Certainly, I would say it would be quite a momentous thing and it would certainly be a lovely symbol," said the Archbishop.

"But until we know for sure what the plans are it is very hard to talk hypothetically."

Shortly after this new report Michael Kelly, the editor of the Irish Catholic, denounced these  claims. He told the Scottish Catholic Observer “It’s not going to happen: the Pope comes as a pastoral leader to a particular country or region – his ministry is primarily to the local Catholic community,” said Mr Kelly. “Obviously in the context of somewhere like Northern Ireland, his role is wider than that and is support of the peace process and wider efforts at reconciliation, but it is not a political visit.

“A joint visit with the Queen would overly politicize it and would probably upset some people within the Catholic/broader nationalist community.”

This would not be the first time the two heads of Churches have met. In 2014 the Queen and Pope Francis met in Rome.

Here's some footage of the visit:

Pope Francis is expected to visit the Republic of Ireland in August 2018, for the World Meeting of Families. The 81-year-old Pope is expected to say Mass at the Phoenix Park, just like Pope John Paul II did in 1979. On Monday is was announced that the Pope’s 2018 visit to Ireland would cost a massive $26.5 million.

Speaking to the RTE, Ireland’s national broadcaster, on Monday, the Archbishop of Dublin Diarmuid Martin said $5.9 million has already been raid for the Pope’s visit, through church collections but he added “I’m very anxious that families coming to the Phoenix Park will not incur costs.”

He did rule out that the Vatican could contribute to the costs and when asked about a contribution from the Irish State he said he believes the Irish government will view Francis’ visit as they would any distinguished visitor, such as the Queen or President Obama.

It’s believed that Pope Francis will visit prisons in Ireland during his visit. Martin told the RTE “It is something he feels very strongly about.”

He added that he would also be interested in the work of Brother Kevin in the Capuchin Day Centre for Homeless people.

When asked if protests were expected at the Catholic Church’s World Meetings of Families, Martin said people were entitled to voice their opinions and added that the level of security witnessed at the World Meeting of Families in Philadelphia was “ludicrous”.

“On the Sunday there will be a final mass, presumably in the Phoenix Park.”

Read more: Did you know that Pope Francis once lived in Dublin?