Archbishop Diarmuid Martin believes Pope Francis will want to visit poor Irish communities, including a trip to prison, during his time in Ireland in 2018. 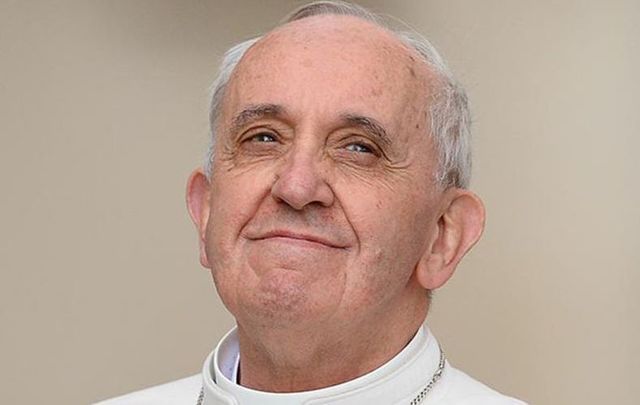 Archbishop Diarmuid Martin has revealed he believes Pope Francis will wish to visit poor Irish communities during his time in Ireland in 2018, including a trip to prison.

Although Pope Francis’ Ireland trip is not yet completely confirmed, it is believed he will want to place emphasis on visits to poorer Irish communities.

Pope Francis is expected to visit one of Ireland’s 14 prisons during his time in Ireland next August as part of the international World Meeting of Families, which will run from August 21 to August 26, 2018. The current speculation is that Pope Francis will preside over the concluding mass of the meeting in Croke Park, although details of the official Papal visit will not be completely confirmed until January of next year.

Speaking to the Irish Independent, Archbishop of Dublin Diarmuid Martin stated that he believed the Pope would most definitely wish to visit one of Ireland’s prisons, as well as spending much of his time in Ireland meeting with the country’s poorer communities.

Martin, who had just ordained two new priests in his archdiocese, claimed that the Holy See would "want to meet priests when he comes" and "will want particularly to meet with the poor".

"He will, without any doubt, visit a prison," he added.

Archbishop Martin is currently the president of the World Meeting of Families, which is why next year's gathering is to be hosted in Ireland. While the prospect of a Papal visit to Ireland during this time has long been on the horizon, details of the proposed trip have been few and far between.

“He is coming for the World Meeting of Families, that is his primary purpose,” said Martin.

"He will focus on the many difficulties and challenges families have to face.

"He doesn't want big shows, he wants to be just present with those who are marginalized,” he concluded.

With speculation mounting that Pope Francis will gather crowds into Croke Park to celebrate mass on Sunday, August 26, 2018, Irish GAA football fans are anxious at the prospect of the country’s main GAA stadium not being available for the All-Ireland football final which was due to be scheduled for that very day.

Back in February it was decided that the All-Ireland GAA senior finals would be played up to three weeks earlier in August instead of September, so as to leave more time for players to engage in club football in the latter part of the year. The first and third Sundays of September had remained the dates for the All-Ireland Hurling and Football finals respectively since 2006.

Will Pope Francis say Mass in Croke Park during his Ireland trip 2018?

Croke Park was the site for the primary event during the Eucharistic Congress back in 2012, when 80,000 people attended, and Croke Park will more than likely be transformed from a temple for those who worship Gaelic sports as religion into one where Catholicism is the order of the day.

If a Papal Mass is held on August 26, the All-Ireland football final could be pushed back to September 2 , 2018. At least fans will have the opportunity to put in a prayer with the Pope himself to secure a victory for their county.

Cardinal Kevin Farrell, the Irish-born American Cardinal organizing the Pope’s visit, has stated that Papal visits are normally only confirmed and scheduled six months ahead of time. He believes, however, that Pope Francis will officiate over the concluding mass of "the World Meeting of Families" and also visit the Festival of Families. It is not yet known whether he will also visit Northern Ireland.

Where would you like to see Pope Francis visit if he is in Ireland in August 2018?