The pope told Irish EU Commissioner Phil Hogan that he is looking forward to visiting Ireland next year. 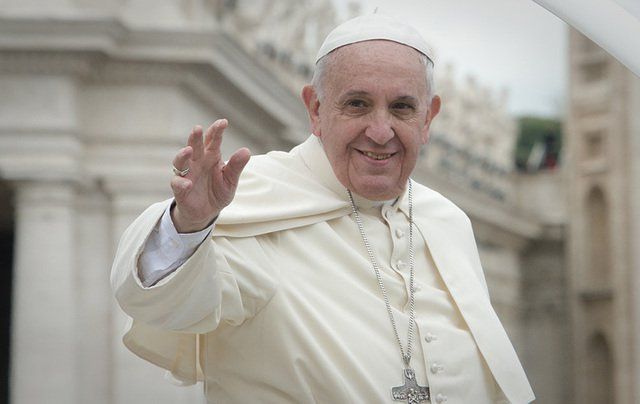 The pope met with the commissioner at the Food and Agriculture Organization of the United Nations during a series of ceremonies in Rome to mark World Food Day.

"I met the Pope at the FAO headquarters in Rome. It was a short discussion but he confirmed to me that he was coming to Ireland next year and looking forward to it," Commissioner Hogan told the Irish Independent.

It was expected Pope Francis would come to Ireland in August 2018 for the World Meeting of Families. Former Taoiseach Enda Kenny and the Archbishop of Dublin Diarmuid Martin have both referred to the upcoming papal visit, but until now it had never been confirmed.

A Vatican source also told The Irish Catholic, “It would obviously be the hope that the Holy Father would make a visit to Northern Ireland and, perhaps, some other parts of Ireland since many Irish Catholics will want to have an opportunity to attend Mass with Pope Francis.”

A trip into Northern Ireland would hold special symbolism, as it would complete the journey Pope John Paul II had hoped to make during his visit to Ireland in 1979. It was deemed too risky for him to cross the border, so instead he went to Drogheda, 30 miles south of the border, where he gave an impassioned call for peace in Northern Ireland.

Pope John Paul II also visited Dublin, Galway, Limerick and Knock. An estimated 25 million people in total, one out of every two people living in the Irish Republic went to one or more of the events.

While 2018 will mark Francis’ first visit to Ireland as pontiff, he has spent significant time in Dublin before. He lived there for four months in 1980, learning English at the Jesuit center in Dublin’s Milltown Institute.