Bob McGrath: Irish tenor and “Sesame Street” legend dies at the age of 90

Bob McGrath, who found unexpected success as an Irish tenor in Japan in the 1960s, appeared on "Sesame Street" for nearly 50 years. 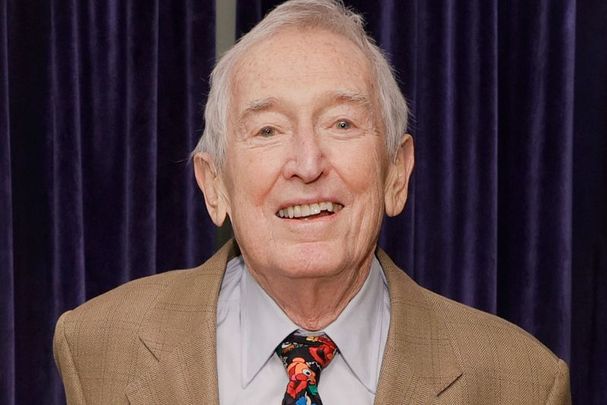 Bob McGrath, one of the original cast members of “Sesame Street,” died on Sunday, December 4, his family has confirmed.

“Our father Bob McGrath, passed away today. He died peacefully at home, surrounded by his family.”

McGrath, who was 90 years old, died from complications from a stroke, his daughter Cathlin McGrath told the New York Times.

Hello Facebook friends, the McGrath family has some sad news to share. Our father Bob McGrath, passed away today. He died peacefully at home, surrounded by his family ❤️

McGrath, who was named Robert Emmett McGrath after the Irish revolutionary, was born in Illinois in 1932. He took to music from a young age when his mother taught him to sing along as she played the piano and he went on to study voice at the University of Michigan.

McGrath served for two years in the US Army during the Korean War. Based in Germany, he was a conductor for a local church choir and was in the Seventh Army Symphony quartet.

Later, McGrath received his masters from the Manhattan School of Music. He became a music teacher at Saint David’s, a New York boys’ school, where he met his future wife Ann Logan Sperry, a preschool teacher. The two married in 1958 and had five children together, Cathlin, Liam, Robert, Lily, and Alison.

After freelancing as a singer for a number of years until 1961, McGrath landed a steady gig as one of the 25 male singers who appeared every week on “Sing Along with Mitch,” which appeared on NBC.

The singers performed traditional favorites including “The Yellow Rose of Texas,” “Home on the Range,” “I’ll Take You Home Again, Kathleen,” and the Irish classic “It’s a Long Way to Tipperary.”

The New York Times reports: “As St. Patrick’s Day approached, the program’s host Mitch Miller, asked Mr. McGrath if he knew the song 'Mother Machree.' He was so impressed with Mr. McGrath’s rendition and his light lyric tenor — he had been singing the sentimental Irish American number since he was a little boy — that he doubled his salary and made him the show’s featured male soloist.”

When “Sing Along with Mitch” ended in 1964, McGrath and the cast embarked on a tour in Las Vegas and Japan, where the Irish American unexpectedly became a teen idol.

Thanks to the fandom, McGrath returned to Japan nine times over the next three years, performing in both English and Japanese. His repertoire consisted of Japanese folk ballads on which he was accompanied by a shakuhachi, or bamboo flute.

"At home, voices like mine are not really in season," McGrath told the New York Times in 1967. "But here [in Japan], they say an Irish tenor is just right for sentimental Japanese songs."

During a 1967 appearance on "I've Got a Secret" in the US, McGrath's secret was that his recording of Irish songs were best sellers ... but only in Japan.

Naturally, he performed what is arguably the most popular Irish song ever, "Danny Boy," in Japanese on the episode:

In 1969, McGrath joined the original cast of "Sesame Street" as music teacher Bob Johnson, a role he remained in until 2016.

On December 4, Sesame Workshop, the nonprofit educational organization behind "Sesame Street," paid homage to their beloved founding member: "Bob embodied the melodies of 'Sesame Street' like no one else, and his performances brought joy and wonder to generations of children around the world, whether teaching them the ABCs, the people in their neighborhood, or the simple joy of feeling music in their hearts."

Sesame Workshop added: "We will be forever grateful for his many years of passionate creative contributions to Sesame Street and honored that he shared so much of his life with us."

Thank you for being someone special in our neighborhood, Bob McGrath. ❤️ pic.twitter.com/sMgJ0MLKlx

McGrath is survived by his wife, five children, and eight grandchildren.