The United States federal health agencies have recommended pausing the use of J&J Covid-19 vaccine due to a rare disorder involving blood clots. 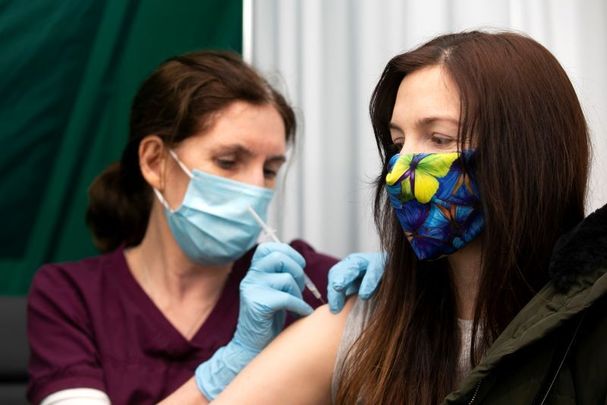 Johnson & Johnson vaccine use paused in the US. RollingNews

As Ireland was preparing for the delivery of the Johnson & Johnson coronavirus vaccine, the US federal agencies have called for a pause in its use due to the development of a rare blood clot disorder in six patients. This news comes a week after the European regulators also found a possible link between AstraZeneca's Covid-19 vaccine and a blood clotting disorder.

While the US Centers for Disease Control and Prevention (CDC) and US Food and Drug Administration (FDA) have said the adverse effect of the Johnson & Johnson vaccine appear to be extremely rare they have recommended a call to pause the use of the vaccine while it is under review.

An advisory committee to the CDC and FDA will meet on Wednesday (Apr 14) to review the six cases of a blood clot, called cerebral venou ssinus thrombosis (CVST) which was seen in combination with low levels of blood platelets (thrombocytopenia). The committee will review the analysis from both agencies.

“Until that process is complete, we are recommending a pause in the use of this vaccine out of an abundance of caution,” Dr. Anne Schuchat, principal deputy director of the CDC, and Dr. Peter Marks, director of the FDA’s Centre for Biologics Evaluation and Research, said in a joint statement.

In the United States, 6.8 million doses of the Johnson & Johnson vaccine have been administered. Out of the six patients with blood clot combinations, one woman has died and a second, in Nebraska, has been hospitalized, according to the New York Times.

In Europe, the Johnson & Johnson vaccine has just begun to be rolled out this week. Doses were expected to arrive out a week sooner than promised with a target of 55 million doses being delivered to European counties, the Irish Times reported. Ireland is set to receive approximately  605,000 doses by the end of June. The Johnson and Johnson vaccination was expected to help speed up the rollout of Ireland's vaccination campaign given that the vaccine requires just one injection.

In Europe the AstraZeneca Covid-19 vaccine continues to be used as the drug's regulator said the benefits outweigh the risks. Several EU countries, however, have limited its use to certain age groups, including Ireland. Ireland's National Immunisation Advisory Committee has recommended that the AstraZeneca vaccine be limited to people over 60 years of age. In Britain, it's recommended that people under 30 be offered alternatives.

Following the news that Johnson & Johnson's vaccine is under review shares in the company dropped by 3%.