More than 9,000 immigrants will become US citizens this week as the USCIS, spurred by Biden, initiates plans to promote US naturalization. 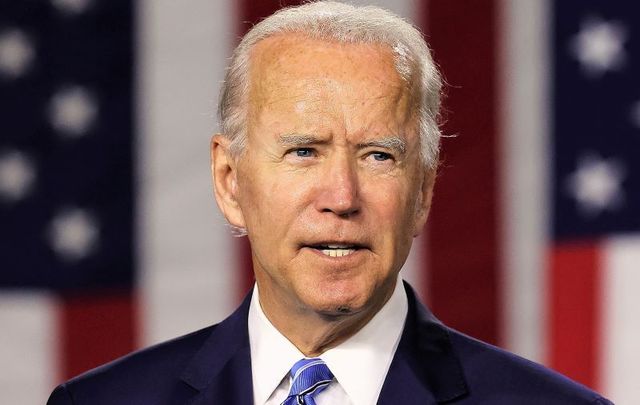 Joe Biden, pictured here in 2020, has made citizenship for immigrants a key focus of his presidency. Getty Images

In the days surrounding Independence Day, the US will naturalize more than 9,000 new citizens, including at a ceremony at the White House on July 2 with US President Joe Biden.

Several Independence Day-themed ceremonies will take place across the US and abroad between June 30 and July 6.

Acting USCIS Director Tracy Renaud said: “We are committed to promoting policies and procedures that ensure we operate fairly and efficiently, and continue to encourage and embrace the full participation of the newest Americans in our democracy.”

The unprecedented effort to encourage immigrants to apply for American citizenship stems from one of Biden's early executive orders. The President called on federal agencies to develop "welcoming strategies that promote integration, inclusion, and citizenship" in the early days of his presidency.

On July 2, the USCIS released its Interagency Strategy for Promoting Naturalization, which aims to establish immigrant, community, and education outreach initiatives; promote citizenship through capacity building and partnerships; and to expand citizenship education and inclusive language.

Upon the release, Acting Director Renaud said: “USCIS remains committed to empowering immigrants to pursue citizenship along with the rights and opportunities that come with it. It is fitting that this report is being released days before our nation’s 245th birthday.

"There is no greater testament to the strength of America than our willingness to encourage others to join us as U.S. citizens as we work together to build a more perfect union."

She added: “We look forward to the work ahead in welcoming and supporting aspiring Americans and equipping them with the tools they need to be successful in their journey to citizenship, and beyond.”

CNN reports that there are more than nine million lawful permanent residents in the United States who are eligible to apply for citizenship.

The former president also tightened scrutiny for high-skilled worker visas and attempted to limit the stay for international students, while the denigration of immigrants became a cornerstone of his 2016 election campaign.

A spokesperson for USCIS told CNN that while previous administrations have promoted naturalization, Biden has expanded the campaign to an unprecedented level.

Earlier this year, the President recorded a video that is now played at naturalization ceremonies that thanks immigrants for choosing the United States and commends them for their courage.

"I want to thank you for choosing us and believing that America is worthy of your aspirations," Biden says in the video.

"You all have one thing in common: courage. The courage it takes to sacrifice and make this journey. The courage to leave your homes, your lives, your loved ones, and come to a nation that is more than just a place, but rather an idea."

Biden also invoked the story of his own ancestors, who emigrated from Ireland to the US in the mid-1800s, in the short video.