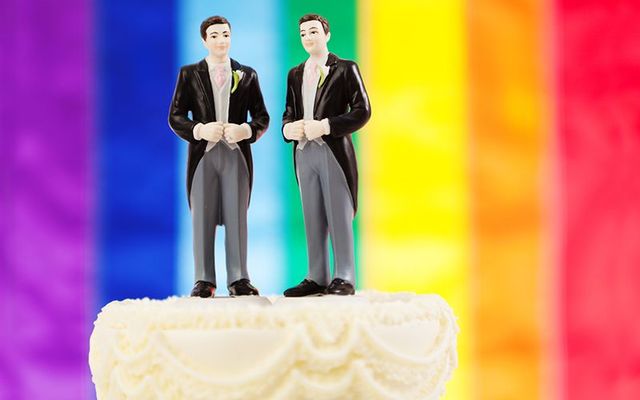 A bookstore in Belfast is saying it will not welcome members of the DUP into its new cafe due to the political party’s stance on gay marriage.

Belfast Books published a blog post on December 3 saying that DUP members would not be welcome into the new cafe that the shop owners are attempting to open through crowd-funding.

In the blog post, managing director John Junk said: "I’ve had a good working relation with some local DUP elected representatives and grassroots members of the party, and work alongside them on various community forums - but the party’s stance on equal marriage doesn’t sit well with us, so their elected representatives will be banned from the cafe we're planning if we raise the money in our crowdfunder to open it.”

In 2015, the Democratic Unionist Party (DUP) issued a petition saying it would not support the legalization of gay marriage in Northern Ireland. Right now, Northern Ireland is the only place in the UK where it is still illegal.

Also in 2015, the Republic of Ireland voted overwhelmingly in favor of legalizing gay marriage within the country, further isolating Northern Ireland in its views of gay marriage.

This isn’t the first time that Belfast Books has taken a stand. The blog post says that the bookstore "stopped donating to and purchasing books from Oxfam earlier this year after revelations about how Oxfam employees behaved in Haiti.”

They added that the shop "refused to accept Bank of England notes as they aren’t legal tender in Northern Ireland and because retailers in England don’t readily accept Northern Irish bank notes.”

Belfast Books is looking to raise £15,000 to open a volunteer-run cafe in their bookshop that will specialize in fry-ups from all around the UK and Ireland.

"We're much more than a bookstore," say the owners. The shop provides support to their working-class neighborhood by "helping the community with housing issues, writing letters to government bodies for people with learning difficulties, supporting people with mental health difficulties, alcoholism, and drug addiction."

Do you think Belfast Books is right or wrong in banning members of the DUP? Sound off in the comments