Police are investigating after Irish man Barry McGrath, a prominent figure in the San Francisco GAA community, was killed in a hit-and-run over the weekend. 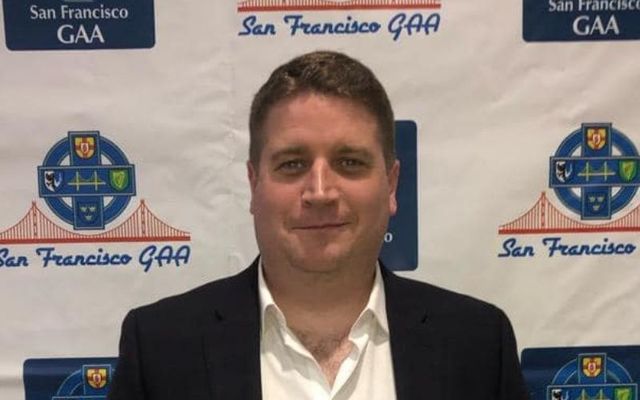 An Irish man, who was recently elected chair of the St. Joseph's Hurling Club in Silicon Valley, has tragically died following a car crash in San Francisco, California on Saturday night.

Barry McGrath, 38, from Co Galway, was a passenger in an Uber vehicle when it collided with another car at around 7:30 pm on Saturday, January 29.

San Francisco Police said in a statement that they responded to a hit-and-run collision between a Honda SUV and an Audi SUV at 46th Ave and Lincoln Ave on Saturday night. The severity of the collision caused "life-threatening injuries to a rear passenger of the Honda SUV," police said.

"The passenger was transported to SFGH, where he ultimately succumbed to those injuries.

"The driver of the Honda was transported to a local hospital with non-life-threatening injuries.

"The driver of the Audi fled the scene prior to police arrival."

The police statement continued: "During the course of the investigation it was determined the Audi SUV involved was reported stolen out of San Francisco on January 12, 2022. The suspect driver is described as a white male, approximately 45 years old, with a bald head and possibly over six feet tall."

Tributes have poured in for McGrath, a native of Claregalway and an integral member of the San Francisco GAA scene in California. The organization extended its condolences to McGrath's family, stating that he was a highly regarded member of the Irish community in San Francisco.

"SFGAA are deeply saddened to announce the sudden passing of Barry McGrath. A Galway native, Treasurer of our Board, Chairperson and player for St. Joseph's Hurling Club - Silicon Valley," San Francisco GAA said in a post on Facebook.

"He also played for San Francisco Sons of Boru/Celts, and was a highly regarded member of the Bay Area Irish community.

"As we begin to process this tragic news, we will keep you informed as we receive further updates. We ask you to keep his family and friends in your thoughts and prayers.

SFGAA are deeply saddened to announce the sudden passing of Barry McGrath . A Galway native, Treasurer of our Board,...

St. Joseph's Hurling Club - Silicon Valley, of which McGrath had been elected as Chair just days before his death, said that McGrath was "always there for anyone as a friend" and said that everyone at the club was "deeply saddened" by his death.

"Barry was always there for anyone as a friend, always the first person to volunteer to help the club and was heavily involved in the San Francisco GAA community," the club said.

We are all deeply saddened with the passing of our Friend, Player & Chairman Barry McGrath over the weekend. Barry was...

San Francisco Youth GAA said its hearts go out to the friends and family of McGrath, who was described as a "generous supporter and friend."