Ann O'Flaherty, the Irish nurse who was tragically killed outside of St. Elizabeth's Medical Center in Brighton, Massachusetts last week, will be laid to rest in her native Co Mayo. 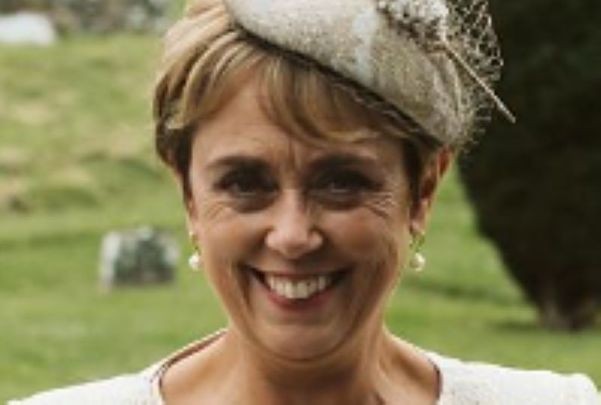 Ann O'Flaherty, née Moran, was a native of Derrynacanna, Ballintubber, in West Co Mayo, but had laid roots in Massachusetts with her husband Raymond, also a native of Co Mayo.

O'Flaherty, 62, was struck and killed by what police say was a silver Audi as she walked into work at St. Elizabeth's Medical Center in Brighton, Massachusetts in the early hours of December 15. The driver reportedly stayed at the scene and police are continuing to investigate what appears to be a tragic accident.

O'Flaherty's obituary, shared by Gormley Funeral Home in West Roxbury, Massachusetts, reads: "It is with great sadness that the family of Mrs. Ann Philomena O'Flaherty announces her tragic passing on December 15, 2021, at the age of 62.

"Ann passed away in Brighton and will be lovingly remembered by her husband of 34 years, Ray, her son Raymond, her two daughters AnnMarie and Roisin, and her two sisters, Angela and Margaret.

"She is survived by brothers and sisters-in-law and many loving nieces and nephews.

"Ann was born on August 3, 1959 to Phil and Frank Moran. She grew up in the Irish countryside of Ballintubber, Co Mayo alongside her two sisters, Angela and Margaret, and her late brother, Jospeh.

"She trained as a nurse in The Mater Misericordiae University Hospital and as a midwife in The National Maternity Hospital on Holles Street. She worked both in Dublin and later, alongside her mother and sisters, in Mayo General Hospital.

"On September 11, 1987, she married the love of her life, Ray, and they moved to Boston together the following year. They welcomed three children into the world, Roisin in 1990, AnnMarie in 1993, and Raymond in 1996, each of whom she and Ray devoted their lives to.

"Ann was a nurse for over 30 years at St. Elizabeth’s Hospital caring for so many patients especially over the last two years at the height of the global pandemic. She was a 'nurses nurse' and will be greatly missed by her many friends and colleagues.

"Ann was also a keen gardener with a passion for flowers and landscaping in addition to a seasoned traveler, loving to go home to the countryside of Mayo, Ireland, and to the sandy beaches of Cape Cod. She shared her passions and adventures always with her husband and best friend, Ray. She was a dedicated wife, the best mother, a loving sister, a cherished aunt, and a generous friend. She will be deeply missed by her friends, family, and all who knew her."

Visiting hours at the William J. Gormley Funeral Home will be held on Tuesday, December 21. A funeral mass for O'Flaherty will be celebrated at Ballintuber Abbey in Ballintubber Claremorris, Co Mayo.

In the wake of O'Flaherty's death, a GoFundMe was launched to raise funds that were dear to the Irish nurse. After raising just over $11,000, the GoFundMe is no longer accepting donations.

In a statement shared on the GoFundMe page, O'Flaherty's family said: "We would like to extend our heartfelt gratitude to all who have donated to the recent GoFundMe account.

“Ann was the epitome of a generous person. Offering her time, support and kindness to friends, family and colleagues. She was always giving back to others.

“We are now pausing donations and will be using the entirety of the funds to donate to two causes that were very close to Ann’s heart -- nursing and cancer research.

"A portion of the proceeds will be donated to a cancer research charity. We will use the rest to set up a scholarship fund in Ann’s name at Westwood High School for a student interested in pursuing a degree and career in nursing.

“We are so overwhelmed by the kindness and generosity of our friends, family and community. We will never be able to convey our gratitude and love. Thank you."