Fr. Tony Flannery was suspended from public ministry in 2012 for speaking in favor of homosexuality and same-sex marriage. 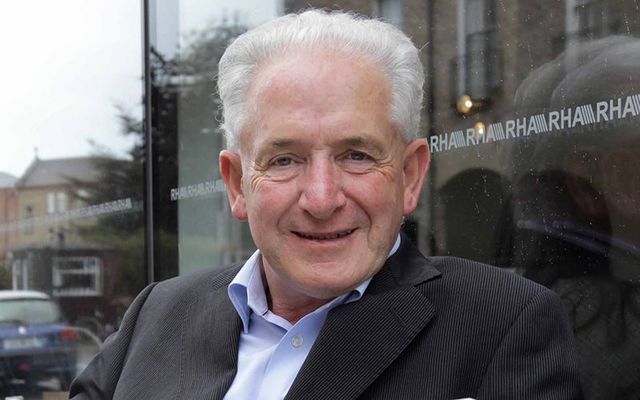 Fr. Tony Flannery was suspended from the priesthood in 2012. Rolling News

An Irish priest who was forced out of ministry in 2012 for his liberal views on homosexuality and same-sex marriage has declined a return to the priesthood after the Vatican offered him his former position on the condition that he promised silence and signed documents agreeing to church teachings.

Fr. Tony Flannery, 73, was suspended from public ministry by the Vatican in 2012 after he expressed support for same-sex marriage, female ordination and homosexuality.

The banned Redemptorist priest had communicated with the Vatican about his return to the priesthood through Michael Brehl the Redemptorist's Superior General in Rome.

Brehl wrote to the Vatican's Congregation for the Doctrine of Faith (CDF) on Flannery's behalf in the hope that the more liberal leadership of Pope Francis could help secure Flannery's return to the priesthood.

Pope Francis' time in the Vatican has been marked with open discussions about female ordination and more compassionate conversations about homosexuality.

The CDF, however, said that Flannery should not return to public ministry unless he vowed to never speak publicly about the issues that saw him banned in the first place, according to the Irish Times.

The CDF also asked the Irish priest to sign a document saying that he agreed with the church's teachings on homosexuality, same-sex marriage, and female ordination.

"Fr Flannery should not return to public ministry prior to submitting a signed statement regarding his positions on homosexuality, civil unions between persons of the same sex, and the admission of women to the priesthood," the CDF said in response to Brehl's attempts to reinstate Flannery.

"He should be asked to not speak publically on the above-mentioned topics which have caused problems in the past," the CDF additionally said.

The CDF asked Flannery to sign separate statements on each of the issues he had spoken out about in the past and also asked him to sign another paragraph, which said: "I, Fr Tony Flannery C.Ss.R, submit to all of the above doctrinal propositions given by the Congregation for the Doctrine of the Faith as they pertain to the Church’s teaching on the: 1. Reservation of the sacred priesthood to men alone; 2. The moral liceity of homosexual practices; 3. The legal recognition of marriage between persons of the same sex; and 4. ‘Gender Theory’."

Flannery said he was "not surprised, but disappointed and saddened" by the church's response and said that he couldn't possibly sign any of the statements.

He said that the CDF's views belonged in the 19th century and he described the church's official language on homosexuality as appalling.

Fr. Flannery said that the CDF's response was the "end of the line" for his public ministry.

"I could not possibly have any more dealings with a body that produces such a document. Life is too short - especially at 73."