Mary Lou McDonald, the president of Sinn Féin, says that the Irish government must begin to make moves on the issue of assisted dying, a bill for which currently sits in the Dáil. 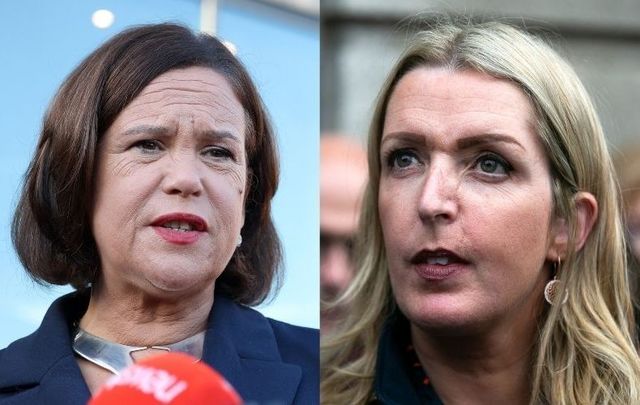 Mary Lou McDonald points to terminally-ill Irish woman Vicky Phelan, who is in support of assisted dying, as part of her inspiration for calling for action on the matter.

Speaking with The Sunday Times, which in November launched a campaign in favor of legalizing assisted dying in Ireland, McDonald said: “I think that Vicky and, indeed others, have made a really compelling case based on human dignity and choice. I follow very carefully what they have to say.

“I also listen very carefully to those who deliver palliative care, who are all about dignity in death."

McDonald acknowledged that the issue needs to be approached with "thoughtfulness because it’s a fairly fraught and sensitive issue."

However, despite its sensitive nature, legislators are not "absolved from actually taking decisions and moving the debate on," McDonald said.

She added: "I would like to think that we will not have a debate around this issue that drags on endlessly for another decade.”

McDonald supported the Dying with Dignity Bill, which seeks “to make provision for assistance in achieving a dignified and peaceful end of life to qualifying persons and related matters." It passed the second stage in the Dáil after being introduced in October 2020 and is set to be considered by a special Oireachtas committee for nine months this year as per the recommendation of a Select Committee in July 2021.

Vicky Phelan, who was diagnosed with cervical cancer in 2014 and opted to cease treatment in recent months, told The Sunday Times in November: “I don’t know why we [Irish] won’t talk about this. I mean, it’s going to come to us all at the end of the day.

“It’s about choice. We choose what way we want to live — when to have children, when to get married. Why should you not be able to choose what way want to die, particularly in a situation like mine?

“I’d never advocate euthanasia but, in conditions like mine, or motor neurone disease or multiple sclerosis where the end is not going to be nice, where people are going to deteriorate and going to die, there’s no coming back from it when you’re terminally ill. So why should you prolong the agony?”

Regarding her personal attitudes toward the matter, McDonald admitted: “I have an open mind on it.

“I don’t have a fixed or a firm view, except that the political system has dragged its heels.

“We need to get to a position where we make a call on things and to do that, and to do that well and do it honourably, we need to have all of the perspectives.”

In October, a poll in The Sunday Times found that 68% of Irish people were in favor of legalizing assisted dying, while 20% were against the measure and 12% were undecided.