A poll found that 68% of Irish people were in favor of legalizing assisted dying. 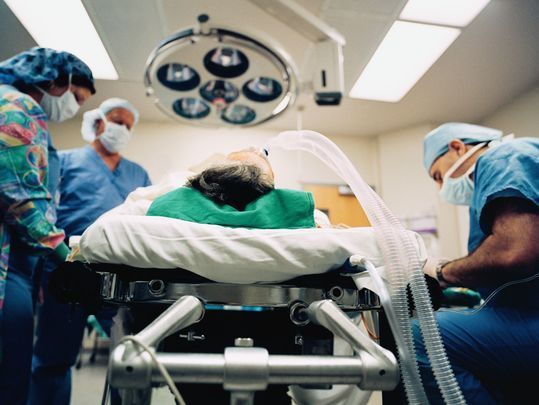 A bill to legalize assisted dying has received cross-party support in the Dáil. Getty

More than two-thirds of Irish people support the legalization of assisted dying for terminally ill patients, according to a new opinion poll.

A poll published in the Sunday Times found that 68% of Irish people were in favor of legalizing assisted dying, while 20% were against the measure and 12% were undecided.

A total of 79% of people under the age of 35 said that they supported assisted dying, while support for the measure was more than 20% lower amongst people aged 55 and over.

The Behaviour & Attitudes poll found that 71% of people would be opposed to the prosecution of someone who assisted a terminally ill person to end their life, while just 12% of people said that they would support a prosecution.

People Before Profit TD Gino Kenny won cross-party support in the Dáil last year for his Dying with Dignity Bill, but the bill was rejected by the Oireachtas Justice Committee in July because it was found to have serious drafting defects.

Fianna Fáil TD James Lawless, the Chair of the Oireachtas Justice Committee, explained at the time the decision to reject the bill was based on the fact that it was poorly drafted.

"The somewhat reluctant view was even though the majority of us said we needed to look at how this could be advanced, this particular bill we don't feel is the right vehicle for it," Lawless said last July.

Kenny has since redrafted the bill based on legislation that was recently passed in Queensland, Australia to address the Committee's concerns.

The updated bill would give someone with six months to live due to an incurable illness the option to end their life with medical assistance.

Kenny said that only a small number of people could avail of medical assistance to end their life under conditions set out by the new bill.

"Somebody with a disability could never avail of this legislation, or somebody with a mental illness or of an advanced age," Kenny told the Sunday Times.

The People Before Profit TD also told Newstalk that the majority of patients with incurable illnesses will not avail of medically assisted dying.

"The majority of people who have a terminal illness would never want to avail of assisted dying. Never.

"But there is a small cohort of people that would at least have peace of mind that they could avail of it."