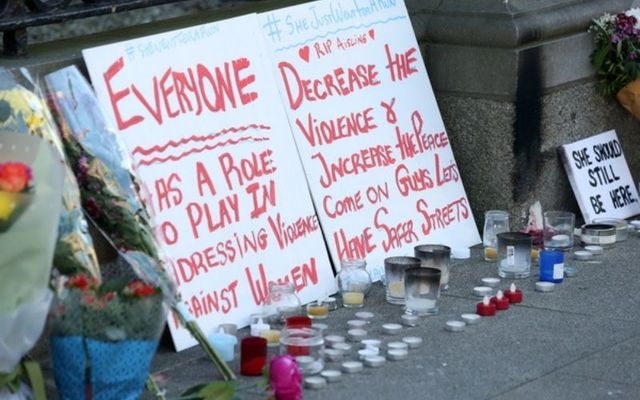 The all-woman online talk was organized for people who could not attend a vigil in person over the weekend, allowing them to share their concerns and disgust at the murder of Ashling Murphy, which took place in broad daylight on January 12 as she was going for a run in Tullamore, County Offaly.

O'Mahony shared her disgust about the shocking incident on Twitter:

I am absolutely done, how could anyone be so disgusting!!!

O'Mahony told the Irish Examiner that she noticed her name was appearing twice during the online event but could not work out why.

It transpired that a man had hijacked the event using O'Mahony's email address, which she shared publicly on Facebook while promoting the event.

Maughan said she was disgusted and angry with the incident;

"I’m really shocked that someone would do something this disgusting at a vigil for a murdered woman," O'Mahony told the Irish Examiner.

"I don’t know yet who it could be, I don’t think I know anyone who could be so disgusting as to hijack a vigil for a murder victim."

O'Mahony said later on Monday that she lodged an official complaint with gardai that has since been passed onto the Divisional Protective Services Unit.

Emma Langford condemned the incident on Twitter, calling on men to call out acts of misogyny and harassment.

"Start calling your scumbag friends out, because this guy I imagine has friends, this guy has somehow been enabled and emboldened by others to do this. I'm sickened," Langford wrote on Twitter.

Evie Nevin, an advocate from West Cork who organized the event, tweeted that the incident made her "sick to her stomach".

"The fact that this vigil is now being talked about because of this "man" and not because the speakers, poetry, and music were BEAUTIFUL makes me absolutely sick to my stomach," Nevin said.

The fact that this vigil is now being talked about because of this "man" and not because the speakers, poetry and music were BEAUTIFUL makes me absolutely sick to my stomach.