The family of Ashling Murphy, the 23-year-old Irish woman who was murdered in Co Offaly in January, met with Prince Charles and his wife Camilla in Co Tipperary on Friday. 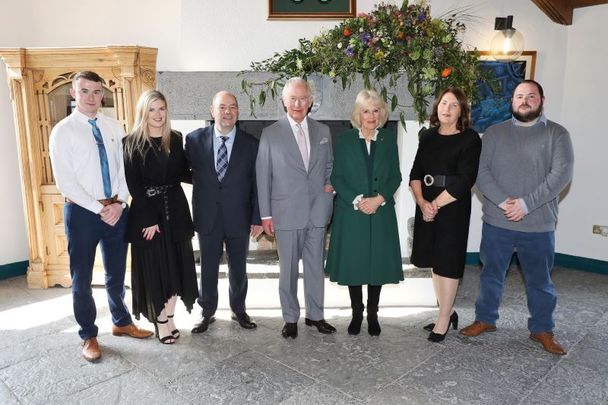 March 25, 2022: The Prince of Wales and The Duchess of Cornwall alongside the family of Ashling Murphy at Brú Ború Cultural Centre, Co Tipperary RollingNews.ie

Prince Charles and his wife Camilla met privately with Ashling Murphy’s parents, siblings, and boyfriend at Brú Ború Cultural Centre in Cashel, Co Tipperary on Friday, the final day of the Royals' visit to Ireland.

The private meeting with Murphy's family was specially requested by the British delegation, the Irish Independent reports. Cashel was considered the most appropriate place because of the Comhaltas connection; Murphy was an active member of the organization dedicated to the promotion of Irish music, dance, and language.

Ashling Murphy, 23, was murdered in broad daylight when she was out for a jog along the Grand Canal in Tullamore, Co Offaly on January 12. Her death sparked a wave of outrage and fury, both in Ireland and abroad. Jozef Puska, 31, has been charged with her murder and remains in custody. 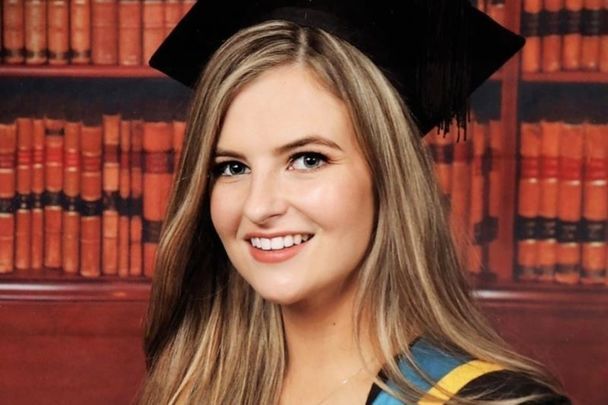 During his speech at Brú Ború Cultural Centre on Friday, Prince Charles paid tribute to Murphy, saying: “Ladies and gentlemen, if I may say so the responsibility to make a difference rests on us all.

“Last year, my wife called on the entire community – male and female – to dismantle the lies, words, and actions that enable so much violence against women. In your country and mine, in the intervening year, we have continued to witness appalling attacks.

“Therefore, with profound sorrow and sympathy, perhaps I might be permitted to pay tribute to Ashling Murphy, whose name will not be forgotten, who was taken from us far too soon, and who I know was a friend to many here where she performed.

"My wife and I were so enormously touched to have been able to meet her family, who I know are with us here today – and our most special, heartfelt thoughts are with them.

“Her art, your art – the music that we have just heard, the dance we have just seen – has a power to connect us that is visceral. Words often speak to the mind, but music speaks to the heart, and frequently in a deeply moving, even spiritual, way. Such has been our experience today, and it has been a particularly special pleasure to meet so many of the people who, building on this sense of connection, have been changing our world for the better across Ireland."

With profound sorrow and sympathy, perhaps I might be permitted to pay tribute to Ashling Murphy, whose name will not be forgotten, who was taken from us far too soon, and who I know was a friend to many here where she performed.

— The Prince of Wales and The Duchess of Cornwall (@ClarenceHouse) March 25, 2022

Also speaking at the event on Friday, TD Catherine Martin, Ireland’s Minister for Tourism, Culture, Arts, Gaeltacht, Sport and Media, said: “Today we remember a wonderful Comhaltas musician, Ashling Murphy. We are very privileged that her family has joined us here today.

“I know from speaking with them just now that the outpouring of sympathy that they have received from Great Britain has been a consolation to them in the last few terrible months.

“The bonds between our islands are strong – in good times and bad.”

Their visit to Waterford and Tipperary has highlighted the cultural, historic and tourism offerings for many in Great Britain, Ireland & beyond. pic.twitter.com/iNIoLwnOO0

Elsewhere during Friday's, Charles and Camila were treated to live Irish music and dance displays, and were even brought up to the dance floor:

Friday was is the final day of the Prince and Duchess's visit to Ireland. Yesterday, March 24, they had engagements in Co Waterford.