During a press conference on March 11, New York Governor Andrew Cuomo put on a fake Irish accent while discussing the possibility of canceling the NYC St. Patrick's Day Parade. 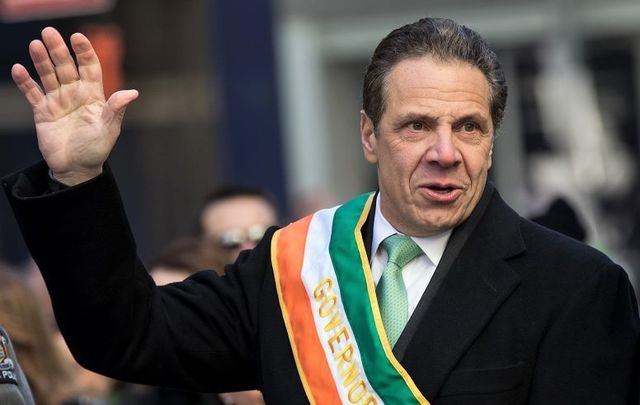 During a press conference on March 11, New York Governor Andrew Cuomo put on a fake Irish accent while discussing the possibility of canceling the NYC St. Patrick's Day Parade.

The below is a letter issued by the Ancient Order of Hibernians on March 12:

The Ancient Order of Hibernians (AOH) are shocked and disappointed that during a 3/11 press conference dealing with the response to the Coronavirus COVID-19 pandemic and the heartbreaking announcement that for the first time in 258 years the NY St. Patrick's Day parade will not take place on March 17th, that NY Governor Andrew Cuomo decided that this was an appropriate time to engage in stereotypical stage-Irishmanism.

In response to a question from a reporter concerning what authority he was invoking to cancel the NYC St. Patrick's Day parade, the Governor decided to go for a cheap laugh by adopting a faux Irish accent and channeling the "Lucky Charms" Leprechaun. The video may be viewed here:

The Governor's lame attempt at "humor" at such a time of deep disappointment for the Irish American Community is incredibly tone-deaf and insensitive.

The Hibernians recall Governor Cuomo's own just indignation when his brother was referred to recently as "Fredo," a reference to The Godfather and Italian stereotypes. The Hibernians are therefore deeply disappointed that the Governor has now engaged in the same behavior towards the Irish American community in a classic example of "Do as I say, not as I do."

We would remind the Governor that March is Irish Ameican Heritage Month, a time when all American's are called upon to reflect and celebrate the contributions that Irish American men and women have and continue to make to America and nowhere more so than in New York. At a time when the traditional celebrations of Irish American Heritage through parades must be curtailed in the public interest, we would have expected the Governor to redouble NY's efforts to recognize that contribution, not double down on paddywhackery.

The Hibernians call upon Governor Cuomo to issue an apology for his insensitive and inappropriate attempt at humor at this disappointing time for the Irish American Community.

We invite the Irish American community to contact the Governor's Office at (518) 474-8390 to tell him that there is no time for such denigrating humor targeting the Irish, least of all during a health crisis.