It's official! Americans love Ireland and can't wait to visit

Wearing green and going to a bar or restaurant are Americans favorite ways to celebrate St Patrick's Day. 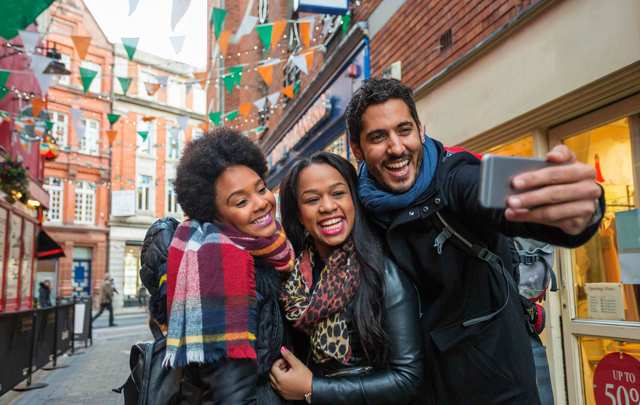 87% of Americans have a very positive or positive opinion of Ireland.

As Irish tourism grows year on year, a remarkable number of Americans wish to visit the Emerald Isle, according to a new survey conducted by the Cork Chamber of Commerce, Lenox Consulting and Publitics.

Some 88% of Americans reported they have an interest in taking a trip to Ireland, while 70% said they would at least consider relocating to Ireland to live and work. The availability of direct flights to their destination had an important impact on the decision for 72% of those surveyed.

Overall, Americans display an astoundingly positive attitude towards Ireland and to the maintenance of strong US-Irish relations.

Of those surveyed, 87% reported they have a very positive or positive opinion.  Likewise, 80% believe the U.S. and Ireland have a positive relationship and 91% believe it is important or very important for the U.S. to maintain that relationship.

"Ireland remains extremely popular in a time where it's hard to maintain a positive image in the public eye," commented Matt Krayton from Publitics.

Its seems are relationship with the US has never been better! Image: Getty.

According to Conor Healy, CEO of Cork Chamber: “The St. Patrick's Day season is an excellent time to travel the U.S. and talk to people in government at all levels, business leaders, and community groups about the special relationship between Ireland, specifically Cork, and the US. 43% of survey respondents indicated that they believe that economic and business ties are the most important aspect of the Ireland-U.S. relationship, and we are particularly aware of this in Cork, which is the home to over 150 multinational corporations, many of which are US companies. There are also numerous Cork companies setting up and growing their operations in the US market."

St Patrick's Day celebrations also formed part of the survey with 67% reporting that they planned to celebrate in some way.

According to the survey, the most popular ways to mark the holiday, among those who plan to celebrate, are wearing green (66%), going out to a bar or restaurant (43%) and cooking Irish food at home (31%).

"While St. Patrick's Day celebrations in the U.S. have taken on their own unique character, it's clear that Ireland has historically and continues to make a significant imprint on the American imagination," said Steve Lenox of Lenox Consulting.

Read more: Will you need a visa to visit Ireland in 2021?

"While going to a parade, drinking a Guinness, or considering a trip to Ireland may not equate to global trade there is undeniably a correlation between the St. Patrick’s Day holiday and how Americans perceive Ireland," Lenox added.

“We believe this survey provides a roadmap to future Global Irish engagement and proves again that those efforts must be year-round.”

Why do you think Americans have such a positive view of Ireland? Let us know in the comments section, below.