Former CIA spy, married to a Kennedy, had her newborn present for undercover meetings

Amaryllis Fox reveals that her newborn daughter was sometimes present during undercover meetings while she was stationed in China. 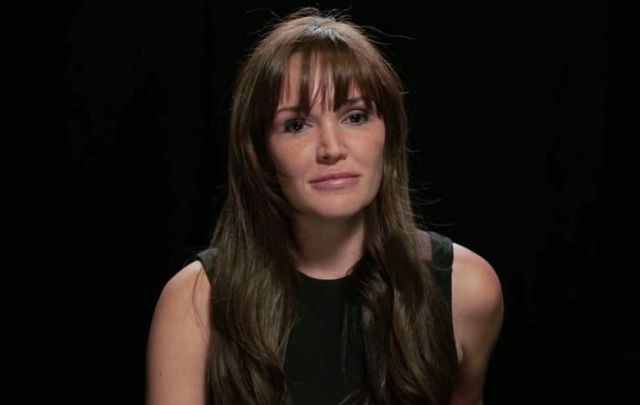 Amaryllis Fox's book "Life Undercover: Coming of Age in the CIA" comes out this month

Amaryllis Fox, the former CIA spy who is now married to Robert F. Kennedy’s grandson, reveals that her newborn child was sometimes present during her undercover operations.

The Daily Mail, reporting on Fox’s memoir "Life Undercover: Coming of Age in the CIA" which is due to be released this month, says Fox “took notes during secret meetings in cars while her newborn slept, then stuffed the notes into secret compartments in her jacket, which were already filled with diapers.”

Fox gave birth to her daughter Zoe when she was stationed in China posing as an international art dealer while she was married to another CIA operative named Dan. Together they lived in an apartment in Shanghai where their housekeeper was a Chinese spy. Fox writes that her life then was a “pantomime of normality."

Bundled up for summer #sanfrancisco

While Fox says she would have never brought Zoe to a warzone, the newborn was present for some undercover operations, and sometimes served as a source of inspiration to keep going.

Fox writes: “Each time I weighed the danger of where I'm going, against the danger of leaving my infant daughter without me in a hostile country, where the housekeeper works for the security service.

“There's the ever-present temptation to choose neither, to throw in the towel and head for the safety of retirement and home but with each new threat, there are conjured faces of those children - just as innocent as mine - whose lives hang in the balance.”

Fox explains that because of her newborn daughter she “feels the magnitude of what the enemy could take from us and how painful it would be to endure.”

In 2009, Fox returned to Washington DC and realized that she could not continue working in the CIA as a mother. Her supervisor attempted to persuade her to stay on by saying that Zoe would be “young enough not to remember” her mother’s work, but it didn’t convince Fox.

Since exiting the CIA, Fox has launched the nonprofit Operation Zoë, which sends military veterans on humanitarian and entrepreneurship missions in former combat theaters, such as Iraq and Afghanistan. She now regularly contributes as an analyst for news outlets including CNN, BBC, and Al Jazeera.

Worth noting is the question of Fox’s veracity given the subject matter. Writing for The Washington Post, having received an unedited version of Fox's book, Mary Louise Kelly says: “The trouble with Fox, as with all former CIA officers penning memoirs, is that she’s impossible to fact-check. As a matter of policy, the agency declines to confirm an individual’s job title or dates of employment, never mind details of overseas assignments. Check the PRB page on the CIA website, and you’ll find no mention of any duty to correct the record.

“So maybe everything unfolded as Fox recounts on these pages, or maybe it didn’t. Even if she does eventually secure approval to publish, we’ll never know for sure. It’s left to us to decide how much that matters.”

Read More: Latest addition to the Kennedy clan named after her great-grandfather

Fox, however, has said: “My aim was really to capture the kind of ''Capital T' Truth, the emotional truth of going through this transformation.

“And that is something you can do and still maintain accuracy by not only changing names and places but by having compelling characters and situations I met along the way without identifying them directly.”

"Life Undercover: Coming of Age in the CIA" will be available to the public from October 15.