Breast implants from Irish-headquartered company recalled due to cancer risk

The implants had already been banned from the European Union since December 2018. 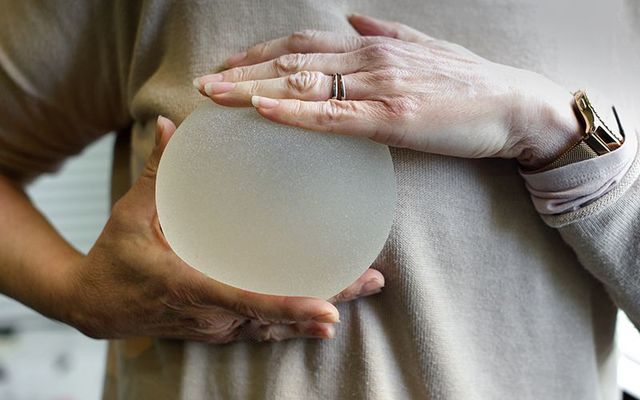 Breast implants made by Irish-headquartered company Allergan recalled having being found to be carcinogenic. Getty

Allergan breast implants have been recalled by the US Food and Drug Administration as further links to cancer are uncovered.

The Irish-headquartered company Allergan has been forced to recall its textured breast implants globally after a request from the US Food and Drug Administration (FDA). The recall comes after more than 500 cases of uncommon cancer anaplastic large cell lymphoma (BIA-ALCL)  have been linked to the implants worldwide.

“Although the overall incidence of BIA-ALCL appears to be relatively low, once the evidence indicated that a specific manufacturer’s product appeared to be directly linked to significant patient harm, including death, the FDA took action to alert the firm to new evidence indicating a recall is warranted to protect women’s health,” FDA Principal Deputy Commissioner Dr. Amy Abernethy said in a statement.

The sale of the implants had been halted in Europe last December 2018, after links to the cancer were discovered. The FDA announcement adds to the 38 countries that had already recalled the high-risk implant from the Irish-headquartered pharma giant.

Research from the FDA showed that the risk of cancer caused by Allergen's textured implants was over six times greater than the risk from other manufacturers. As of Wednesday, the FDA had recorded 573 total worldwide cases of BIA-ALCL, of which, 481 are attributed to Allergen implants. Thirty-three women have already died.

Anaplastic large cell lymphoma (BIA-ALCL) is not breast cancer but a cancer of the immune system with symptoms including swelling, pain and skin irritation. It causes a malignancy of the immune system that develops years after the implant surgery, often seven or eight years later.

The FDA has not recommended that women have the implants removed if they are not experiencing any symptoms. According to the Irish Times, removing the implant usually gets rid of the disease unless cancer has spread elsewhere, which has happened in several of the cases in which women have died.

Allergan announced it is recalling the implants globally as a precaution following the new data received from the FDA.

The textured implants in question are more commonly used in Europe than in the US where smoother implants are more recommended.

Allergan is a pharmaceutical company that is Irish-tax registered and is headquartered in Dublin. It acquires, develops and markets brand name drugs, making 80% net sales from the US healthcare system in 2017.