Alex Murdaugh, who is accused of arranging his own murder so that his son could collect a $10 million life insurance premium, now faces 48 criminal charges over alleged financial crimes. 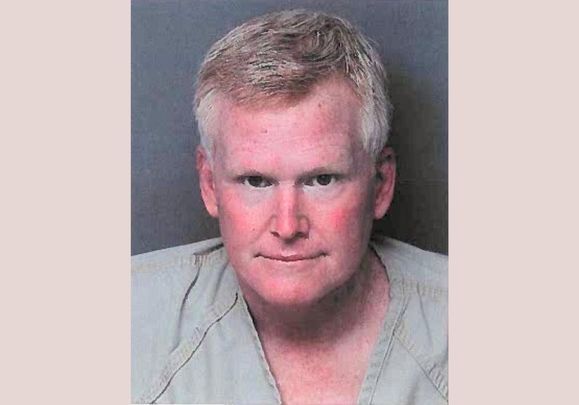 Alex Murdaugh, the disgraced Irish American lawyer who is accused of attempting to arrange his own murder so that his son could collect a life insurance payout, faces more than 20 new charges over alleged financial crimes.

South Carolina Attorney General Alan Wilson announced on Thursday that seven further indictments with 21 criminal charges have been filed against Murdaugh, 53, who was once the scion of a prominent legal family in the state.

Murdaugh was due to attend a bond hearing on Friday in relation to 27 other criminal charges, but this has now been delayed after the new charges were filed, the South Carolina Attorney General's office confirmed.

Judge Alison Lee said on Thursday that she wanted to give Murdaugh's attorneys time to scrutinize the new charges, while a new bond hearing is expected sometime next week, according to CNN.

All of the charges relate to an alleged scheme that sought to defraud victims of $6 million.

The 53-year-old former lawyer is currently in jail on charges of conspiracy to commit insurance fraud related to an incident on September 4 when he was shot in the head on the side of a rural road in Hampton County, South Carolina.

Murdaugh is accused of orchestrating his own murder so that his son Buster Murdaugh could claim a $10 million life insurance policy.

He later admitted to investigators that he conspired with his former client Curtis Smith to kill him as part of an insurance fraud scheme.

He is also accused of misappropriating funds meant for the family of his housekeeper Gloria Satterfield, who died after suffering a fall at Murdaugh's home in 2018.

Murdaugh then allegedly moved the settlement money to a bank account that he controlled.

Murdaugh's wife Margaret and his youngest son Paul were killed in a double-homicide at the Murdaugh family's estate in Colleton County, South Carolina, on June 7.

The former lawyer has denied any responsibility in the killings, but his attorney Jim Griffin confirmed in October that his client was a person of interest in the murder investigation.

Murdaugh had been a prominent lawyer in South Carolina and a partner at the powerful P.M.P.E.D law firm prior to the botched attempted homicide.

Murdaugh allegedly stole millions of dollars from the law firm and was informed of the accusations on Sept. 3, just one day before the botched homicide.

The firm also notified the police and the South Carolina Bar.

Murdaugh's lawyers state that he has spent the vast majority of the money he swindled from his law firm and Satterfield's sons on oxycodone pills, while the former lawyer has entered rehab to treat an oxycodone addiction, according to the Daily Mail.