Alex Murdaugh is also accused of a botched self-assassination, hoping his surviving son could collect a $10 million life insurance policy. 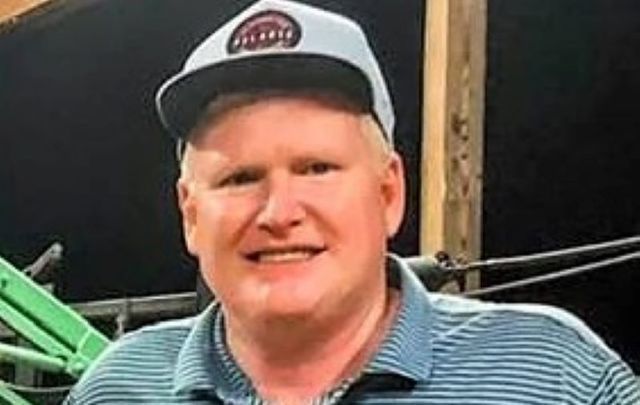 The lawyers of a prominent Irish-American attorney in South Carolina who attempted to orchestrate his own murder have admitted that he is a person of interest in his wife and son's double homicide.

Alex Murdaugh, 53, is accused of attempting to orchestrate his own murder last month so that his eldest son could collect a $10 million life insurance policy.

Jim Griffin, one of Murdaugh's attorneys, has now confirmed that the scion of the once-powerful Murdaugh family is a person of interest in the double homicide of his wife and youngest son on June 7.

Authorities say that Murdaugh called 911 just after 10 p.m. on June 7 after he found his 52-year-old wife Margaret and his 22-year-old son Paul brutally shot on the family's 1,770-acre estate in Colleton County.

In a seven-minute call, Murdaugh told a dispatcher: "I’ve been up to it now—it’s bad."

However, his lawyers insist that he was visiting his mother at the time of the murders and state that he had "no motive to kill them".

"You would think that if Alex was the one who did it, that SLED would have been able to establish that pretty easily that night," Griffin told the Daily Beast.

Griffin added that he believes that his client "would have been charged" if SLED had any evidence linking him to the murders and stated that Murdaugh loved his wife and son.

He noted that the murders had been committed in a "brutal fashion" and said that there was no indication of a "domestic dispute" in text messages between his client and the two victims.

At the time of the double murder, Paul Murdaugh was awaiting trial on charges related to boating under the influence and killing a 19-year-old girl in 2019.

He was shot in the arm and the head with a shotgun, while his mother Margaret was shot with an assault rifle.

On September 4, Alex Murdaugh sustained a "superficial gunshot wound to the head" on the side of a rural road in Hampton County, South Carolina.

He was promptly airlifted to the Memorial Health University Medical Center in Savannah, where he made a full recovery.

However, it later emerged that Murdaugh had paid 61-year-old Curtis Edward Smith to shoot him in the back of the head so that his eldest son Richard could collect a $10 million life insurance policy.

"I want you to shoot me in the back of the head," Murdaugh told Smith, according to a recent report by the New York Times.

SLED agents arrested Smith ten days after the failed homicide attempt and accused him of collaborating with Murdaugh in a botched scheme to kill him.

Prior to the botched homicide attempt, Alex Murdaugh had been a prominent lawyer in South Carolina and a partner at the powerful P.M.P.E.D law firm.

The law firm told the New York Times that it informed Murdaugh of the accusations on Sept. 3 and that both parties agreed that Murdaugh should resign.

The allegations contend that Murdaugh stole millions of dollars from the law firm and millions more from a settlement intended for the children of his former housekeeper, who fatally tripped and fell on the steps of the Murdaugh family home.

Police have re-opened the case investigating the housekeeper's death and have also re-opened the case examining the death of 19-year-old Stephen Smith, a former classmate of Murdaugh's son Richard whose body was found on a rural road in 2015.

Smith died of blunt force trauma to the head, but there are no signs to suggest that he had been hit by a car.

The Smith family told police that Alex Murdaugh's brother offered to represent the family for free but that they refused his offer. SLED has never identified any connection between the case and the Murdaugh family, but investigators say that they are now taking a fresh look.

A lawyer representing the Satterfield family said that his client tripped over one of the Murdaugh family dogs.

Margaret Murdaugh found Satterfield bleeding after the fall and called 911. However, the housekeeper lost most of her ability to speak and died several weeks later.

Satterfield was judged to have died from a bleed on the brain and no autopsy was ever conducted.

Instead, Fleming sent the money to Murdaugh, while Satterfield's two sons say that they have to see any money.

Murdaugh's lawyers state that he has spent the vast majority of the money he swindled from his law firm and Satterfield's sons on oxycodone pills, while the disgraced lawyer has entered rehab to treat an oxycodone addiction, according to the Daily Mail.