Alex Murdaugh, accused of planning his own murder, is now under federal investigation for financial crimes related to the death of his former housekeeper. 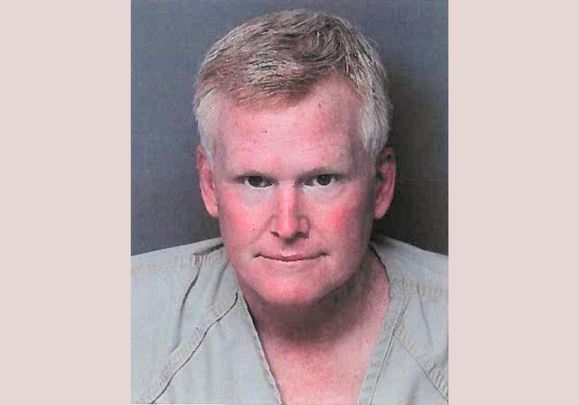 The FBI is investigating disgraced Irish-American lawyer Alex Murdaugh over alleged financial crimes just two months after he was arrested on suspicion of planning his own murder.

Murdaugh, 53, who is accused of planning his own murder so that his son could claim a $10 million life insurance policy, is now under federal investigation for financial crimes related to the death of his former housekeeper Gloria Satterfield in 2018.

The FBI is investigating whether Murdaugh swindled $3.4 million in settlement payments from Satterfield's family.

Eric Bland, one of the attorneys representing Satterfield's sons, told Fox News on Wednesday that there is an "active FBI investigation" into Murdaugh's alleged financial crimes.

Satterfield suffered a fall while working at Murdaugh's home in 2018 and died of a stroke several weeks later.

Murdaugh then allegedly moved the settlement money to a bank account that he controlled.

Jim Griffin, a defense attorney representing Murdaugh, confirmed that his client participated in a conference call on October 14 with federal prosecutors who wanted to know if he would cooperate with investigations into his alleged financial crimes.

Meanwhile, a South Carolina judge is also expected to three separate civil motions on Friday calling for the financial assets of Murdaugh and his 26-year-old son Buster to be frozen.

The motions have been filed by Satterfield's sons in addition to the mother of Mallory Beach, who was killed by Murdaugh's youngest son Paul in a boating accident in 2019.

Connor Cook, who survived the crash, has also filed a motion calling for Murdaugh's assets to be frozen.

The court motions, which were all filed last week, said that they feared that Murdaugh would try to hide millions of dollars by shifting money between unknown accounts and selling properties after he turned over his affairs to his son Buster.

Buster, who is now his father's power of attorney, was spotted gambling at a Las Vegas casino at the same time that his father was denied bond by a South Carolina judge.

Prosecutors at the bond hearing said that Murdaugh used the stolen settlement money to pay off $100,000 worth of credit card debt before transferring $300,000 to his father and $735,000 to himself, according to the Daily Mail.

They noted that more than half of the money remains unaccounted for and said that Murdaugh was capable of hiding his assets.

The investigation is the latest controversy in the downfall of the once-powerful scion of a prominent South Carolina family.

Earlier this year, Murdaugh's wife Margaret and youngest son Paul were murdered in a brutal double homicide on the family's 1,770-acre estate in Colleton County, South Carolina on June 7.

At the time of the double murder, Paul Murdaugh was awaiting trial on charges related to boating under the influence and killing 19-year-old Mallory Beach in 2019.

He was shot in the arm and the head with a shotgun, while his mother Margaret was shot with an assault rifle.

Jim Griffin recently confirmed that Murdaugh is a person of interest in the double homicide and said that South Carolina Law Enforcement Division (SLED) agents began investigating his clients from the "get-go".

Griffin insisted that Murdaugh was visiting his mother at the time of the murders and said that he had "no motive" to kill his wife and son.

"You would think that if Alex was the one who did it, that SLED would have been able to establish that pretty easily that night," Griffin told the Daily Beast earlier in October.

On September 4, Alex Murdaugh sustained a "superficial gunshot wound to the head" on the side of a rural road in Hampton County, South Carolina.

He was promptly airlifted to the Memorial Health University Medical Center in Savannah, where he made a full recovery.

However, it later emerged that Murdaugh had paid 61-year-old Curtis Edward Smith to shoot him in the back of the head so that his eldest son Richard could collect a $10 million life insurance policy.

"I want you to shoot me in the back of the head," Murdaugh told Smith, according to a report in the New York Times.

SLED agents arrested Smith ten days after the failed homicide attempt and accused him of collaborating with Murdaugh in a botched scheme to kill the lawyer.

Murdaugh had been a prominent lawyer in South Carolina and a partner at the powerful P.M.P.E.D law firm prior to the botched attempted homicide.

Murdaugh allegedly stole millions of dollars from the law firm and was informed of the accusations on Sept. 3, just one day before the botched homicide.

The firm also notified the police and the South Carolina Bar.

Murdaugh's lawyers state that he has spent the vast majority of the money he swindled from his law firm and Satterfield's sons on oxycodone pills, while the former lawyer has entered rehab to treat an oxycodone addiction, according to the Daily Mail.