Wexford dog attack victim, 9, "so happy to be home"

Alejandro Miszan's family said it is a "dream come true" that the 9-year-old who was attacked by a dog in Co Wexford was released from hospital earlier than expected. 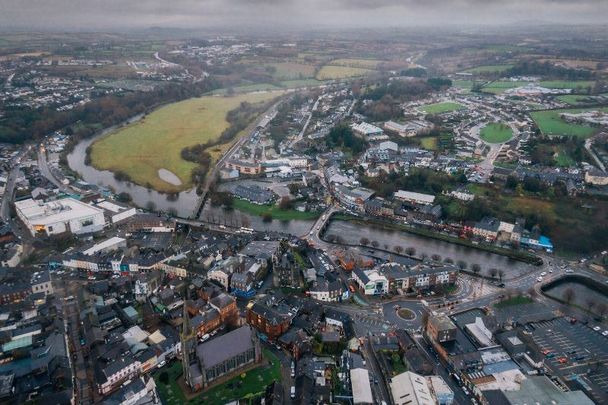 Alejandro Miszan, a nine-year-old boy who was seriously injured in a dog attack in Co Wexford, has returned home from hospital earlier than expected.

Miszan was discharged on January 10 after seven weeks of treatment for injuries sustained during the attack, which occurred while he was playing football with friends near his home in Enniscorthy, Co Wexford, on November 27, 2022.

He suffered devastating injuries to his face and was airlifted to the Children's Health Ireland hospital in Crumlin, Co Dublin.

“I’m so happy to be home with my family again — it’s great," the brave child told the Irish Sun on Tuesday.

“I got loads of nice presents at Christmas and everyone has been so nice to me."

Local TD Verona Murphy shared news of an event to be hosted in Enniscorthy on Friday night to welcome home the youngster.

"Alejandro is a lover of cars and car enthusiasts of all kinds are being encouraged to gather at the Promenade in Enniscorthy for 7 p.m. with the plan to drive to Forgelands Estate for 7.30 p.m. as a way of showing Alejandro how much support there is for him in the community and beyond," Murphy said on Facebook.

"So come out if you can and show this very brave little boy how much we all are thinking of him and praying his recovery will continue to go well."

The boy's family feared that he would not be able to speak properly again, but he has undergone several treatments and has now been discharged a month ahead of schedule.

His family has described his early discharge as a "dream come true," while his brother Raul told RTÉ News that doctors and nurses at the hospital all hugged him goodbye when he left on Tuesday.

"All the doctors and nurses came out and hugged him and said goodbye to him. When we came home all the neighbors were here and all my family were here to welcome him home in the best way," Raul Miszan told RTÉ.

Alejandro's family says he still has a long road of treatment ahead of him but added that they are thankful for the support they have received over the past seven weeks.

They also thanked anyone who has donated to a fundraiser supporting the cost of his treatment. A GoFundMe launched to help Miszan and his family raised more than €190,000 as of Friday night, shattering its €2,000 goal.

The family of a boy attacked by a dog in Wexford say it's a dream come true to have the nine-year-old home sooner than expected. Alejandro Miszan's family has welcomed the establishment of a working group aimed at preventing further attacks | Read more: https://t.co/wfwQV0jbJ7 pic.twitter.com/4Ai4X5kdhf

The attack on Alejandro prompted then Taoiseach Micheál Martin and Minister for Agriculture Charlie McConalogue to lead a review on dog control, which has led to the establishment of a working group to examine dog laws and enforcement.

McConalogue said at the time that the attack proved the dangers dogs can pose if they are not properly controlled by their owners.

The working group, which is set to meet over the coming days, will look at issues such as fines under the Control of Dogs Act, enforcement at local authority level, the provision of dog wardens, microchipping, promoting responsible dog ownership, and licenses.