“No one has been ruled out" from criminal charges after Alec Baldwin fired a gun, killing one person and injuring another, on the film set of "Rust" in New Mexico. 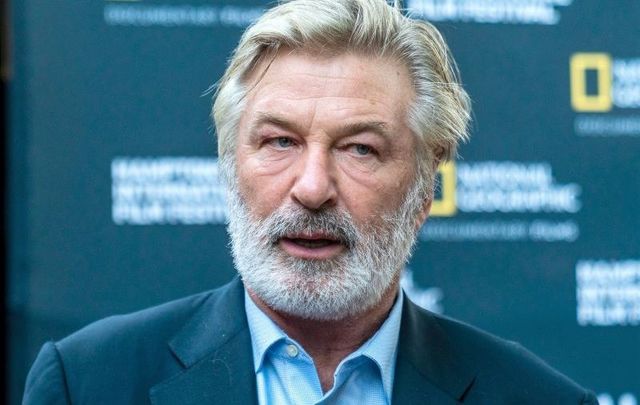 Alec Baldwin, who shot and killed cinematographer Halyna Hutchins and injured writer-director Joel Souza on the set of “Rust” in New Mexico on October 21, is still an "active part" of the investigation.

The Santa Fe County Sheriff’s Department held a press briefing on Wednesday, October 27 where Sheriff Adan Mendoza confirmed that Alec Baldwin fired the gun that killed Halyna Hutchins and injured Joel Souza on October 21 while rehearsing a scene for the film “Rust.”

Armorer Hannah Reed-Gutierrez and assistant director David Halls handled and or inspected the loaded firearm before Baldwin fired it, the sheriff confirmed.

“All three individuals have been cooperative in the investigation and have provided statements,” the sheriff said.

Mendoza said that he and his team believe to have in their possession the firearm that Baldwin fired, as well as the spent shell casing from the bullet that was fired from the gun. The lead projectile has been recovered from the shoulder of Souza.

The sheriff added: “We have recovered what we believe to be possible additional live rounds on set." Evidence will be submitted to the FBI crime lab in Quantico, Virginia for analysis.

Sheriff Mendoza later added that “we suspect that there were other live rounds that were found on the set,” but declined to comment on how they got there.

Later, when asked, Mendoza clarified that the 500 rounds included a mix of “blanks, dummy rounds, and, what we are suspecting, live rounds.”

Speaking after Sheriff Mendonza, District Attorney Mary Carmack-Altwies said: “I speak to the prosecutorial perspective here, and I must emphasize that a complete and thorough investigation is critical to the DA review.

When asked if Baldwin faces the potential of criminal charges, Carmack-Altwies said: “All options are on the table at this point. I am not commenting on charges, whether they will be filed or not, or on whom.

“So, the answer is - we cannot answer that question yet until we complete a more thorough investigation.”

When pressed, Carmack-Altwies said: “No one has been ruled out at this point.”

Mendoza added: “He [Baldwin] is obviously that person who fired the weapon. So we’re going to continue interviewing and getting the facts of his statements and the evidence and the case and possible witnesses or anybody that has any information. So, right now, he is an active part of this investigation.”

When asked if negligence was a factor, Carmack-Altwies replied: “We can’t say that it was negligence by whom, how many people were involved, with any certainty at this point.”

You can watch the Santa Fe Sheriff Office’s press conference from October 27 here: