A GoFundMe launched to support two-year-old Aiden McCarthy, whose parents Kevin and Irina McCarthy were killed in the July 4 shooting in Highland Park, Illinois, has raised $3m. 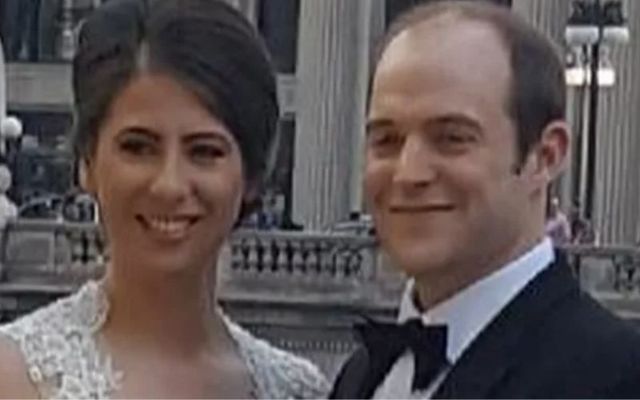 Irina and Kevin McCarthy were both killed on July 4 during the Highland Park, Illinois mass shooting. GoFundMe

A GoFundMe to support Aiden McCarthy, 2, has raised over $3 million after being launched less than a day ago on July 5.

Aiden McCarthy's parents, Kevin and Irina, were among the seven victims of the mass shooting at the Independence Day parade in Highland Park, Illinois, a suburb of Chicago, on July 4.

On the GoFundMe page, organizer Irina Colon wrote: "In the aftermath of the Highland Park, IL shootings on July 4, the North Shore community rallied to help a boy who we knew nothing about. We took him to safety under tragic circumstances, came together to locate his grandparents, and prayed for the safety of his family.

"Sadly, I need to share his name…Aiden McCarthy. And he needs more of our help. His parents Irina & Kevin were killed during the July 4 shooting. At two years old, Aiden is left in the unthinkable position; to grow up without his parents.

"Aiden will be cared for by his loving family and he will have a long road ahead to heal, find stability, and ultimately navigate life as an orphan. He is surrounded by a community of friends and extended family that will embrace him with love, and any means available to ensure he has everything he needs as he grows.

"On behalf of his family, and with their permission, I am establishing this fundraiser to support him and the caregivers who will be tasked with raising, caring for, and supporting Aiden as he and his support system embark on this unexpected journey.

"Thank you for your generosity, kindness and support."

On July 4, at approximately 10 am, a gunman opened fire from a rooftop overlooking the Independence Day parade in Highland Park. Later in the day, police arrested the 21-year-old suspect Robert 'Bobby' Crimo III.

Crimo was charged with seven counts of first-degree murder, but Lake County State’s Attorney Eric Rinehart said that "there will be dozens of more charges against Mr. Crimo."

After Crimo's bond hearing on Wednesday, Rinehart told the press that Crimo "went into details about what he had done, he admitted to what he had done" in a voluntary statement.

More than two dozen others were injured in July 4th's mass shooting, including Kevin McCarthy's mother, Margo Wolf McCarthy, according to a report in The Messenger.

Two-year-old Aiden McCarthy was found wandering the street alone after the horror unfolded. A photo of Aiden began to circulate online, which a neighbor showed to Michael Levberg, Kevin McCarthy's father-in-law and Aiden's grandfather. Levberg went to the Highland Park police station to pick up the toddler.

“Mommy and Daddy are coming soon," Levberg says Aiden told him at the station.

Kevin McCarthy "had Aiden under his body when he was shot," Levberg told the Chicago Sun-Times.

“They were crazy about their child,” Levberg said of his daughter Irina and her husband Kevin.