The funerals for Aidan Moffitt and Michael Snee, who were murdered separately in Co Sligo last week, were held simultaneously today in Roscommon and Sligo. 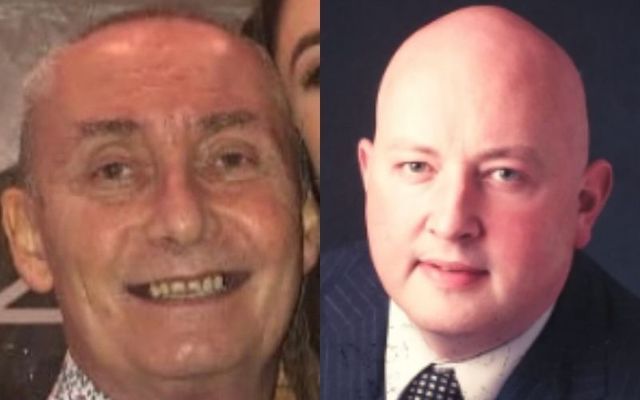 The funerals for Aidan Moffitt and Michael Snee, who were both murdered separately in their homes in Co Sligo last week, were held simultaneously today, April 18.

Each funeral offered prayers to the other funeral and encouraged mourners to remember Aidan and Michael for their "kind" and "loving" lives, and not for their tragic deaths.

Aidan Moffitt's funeral was held in his native Lisacul, Co Roscommon at Christ the King Church and was live-streamed by Sharkey Funeral Directors.

“Aidan was a character," Fr Michael McManus, a close friend of the Moffitt family, said during the funeral. "He lived his life to the full, always putting his family and friends before his own needs."

Fr McManus said that while Aidan was successful in his working life, he was "firstly and foremost a son, a brother, uncle, and friend.” Fr McManus noted Aidan’s “exemplary” care for his mother Kathleen.

At the conclusion of the service, Martin McMahon, a friend of Aidan's, said: “Those of us who knew Aidan and who were lucky enough to have been part of his life have been enriched and have benefited from it.

"He was an authentic gift to the world; Aidan made the world a better place and the people he cared for and engaged with better people."

McMahon said “a genuine attribute of Aidan’s was his kindness, his kindness was second to none and boundless. Everyone who knew him knew how kind Aidan was.”

The funeral for Michael Snee was held at Saint Joseph's Church in Ballytivnan, Co Sligo and was also live-streamed.

Fr Noel Rooney said there was sadness, grief, and devastation in the church on Monday, and that there was also “much anger, and there is nothing wrong with that anger.”

In his homily, Fr Rooney said: “Let us pray that we will never allow the horror and the brutality of his final hour to define our memory of his wondrous and beautiful life.

“And what a beautiful life Michael Snee did live. What a kind life he lived. He was the quintessential gentle person. He was much loved by all and had a heart filled with love for all. He was a sensitive man who couldn’t do enough for his family, friends, and loved ones.”

Fr Rooney spoke of Michael’s “extraordinary love” for his family, a sentiment that was clear in his nephew Aaron Spring's tearful eulogy.

“Let our memory be of Michael as a beautiful life filled with love and kindness and generosity," Fr Rooney said. "He wasn’t afforded much dignity in the last moments of his life, we afford him dignity now by remembering that his beautiful life, a life filled with love, his kindness and his goodness, and his generosity, let these be the memories that fill our hearts and lives."

One man, Yousef Palani, has been charged with the murders of both Moffitt and Snee, as well as an additional assault in Co Sligo. Palani remains in custody after a court appearance last week and is due to appear in court again on April 21.