Hoping to track down his Irish roots so as to claim a passport after Brexit, an adopted man makes a surprising, heart-breaking discovery about his birth mother. 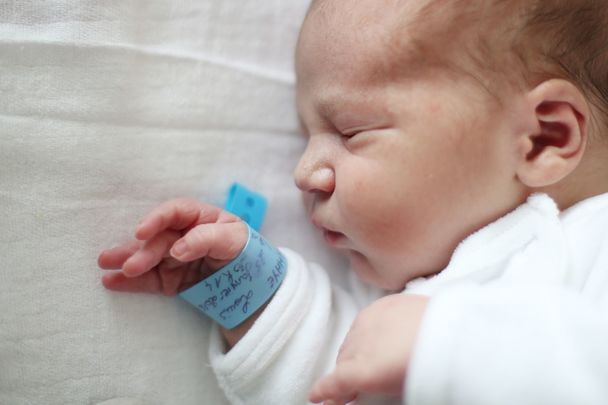 A man in Britain makes a shocking discovery while searching for his Irish roots. Getty

Hoping to track down his Irish roots so as to claim a passport after Brexit, an adopted man makes a surprising, heart-breaking discovery about his birth mother.

Since June 2016, Brexit has caused consternation among some members of the British population, with an increasing amount seeking Irish citizenship in an effort to remain within the European Union. However, for one father and son, the bid to uncover hidden Irish roots brought about a surprising revelation about their family heritage.

Paul Garlick was one of many illegitimate children adopted in Liverpool in the 1950s and, according to his son Hattie, he was decidedly unconcerned with his roots and his possible Irish descent. A lawyer, and a busy one at that, Paul Garlick was “obstinately determined just to get on with life and keep moving forward” during his son’s upbringing in the 1980s.

However, following the British public’s fateful decision to leave the European Union on June 23, 2016, Paul was forced to rethink his policy of apathy regarding his ancestry. Working and living in The Hague as a university professor, his career was put under threat by Britain’s (apparent) imminent departure from the EU.

Read more: Nothing prepared me for what I found in Irish adoption records

Suddenly, Garlick’s possible Irish roots were of tantamount importance and were an avenue to retaining his job in the Netherlands. In early 2017, he contacted an agency that specializes in tracing adoptions in the hope of unearthing his Irish mother.

“For the first time, I felt compelled to find out where I was from,” he told the Irish Times.

Throughout the 1950s, roughly 1,900 Irish women crossed the Irish channel by boat to have their babies adopted by English families each year. Single mothers were not tolerated in an overtly Catholic Ireland, meaning that many were faced with the daunting trip to England. Liverpool, in particular, was flooded with these adoptions in the 1950s, making it fairly reasonable to assume that Paul Garlick was one of those tragic cases.

Digging up identities is no easy feat, however. It is a process that involves months of picking through documents, as well as making applications to local councils and courts.

In the meantime, Paul Garlick concerned himself with attempting to keep Britain in the European Union. He joined the Center for European Policy Studies’ task force, which examined the implications Brexit would have on criminal justice in Britain as well as partaking in a 100,000 strong protest march in London in 2018.

Shortly afterward, Paul excitedly called his son to tell him that the agency had at last returned a result. His birth certificate had been found. Moreover, it contained the initials RI – for the Republic of Ireland – and was the father and son’s ticket to an Irish passport.

Their joy was short-lived. Less than a week later, Paul called his son again to tell him that he had misread his birth certificate in his haste. His mother’s name (Irene) did not appear beside the letters RI, but the letters RD for Rural District. While that did not rule out the possibility that they were descendants of an Irish woman cast aside by a conservative society, it once again cast doubt over their claim to Irish ancestry.

A further six months down the line, the agency upturned a letter from Paul Garlick’s long-lost mother. In 1952, she had written to an adoption agency explaining her circumstances.

“Dear Sir/Madam, I am writing to enquire if you can help me. I am expecting a baby in August, and as I am unable to marry, I shall have to continue work after my confinement. I have no parents nor family to help me look after the baby, and in the difficult circumstances wonder if it is possible for you to help me in arranging for adoption. I should be very grateful for your assistance. Yours faithfully.”

The father and son concluded that Irene had not been a young and scared Irish woman sent to England, but a 31-year old shorthand typist from Cheshire. An affair with her boss, Fred, had left her pregnant and when Fred revealed that he was already married, Irene had no option but to turn to an adoption agency.

A second letter retrieved by the agency brought with it a further sense of melancholy. Paul Garlick’s mother did not traverse the waves to put him up for adoption, but that does not make her decision to part with him and his twin brother any easier.

“They are both healthy and lovely children. Whilst I must let you form your own opinion of me from the interview that I gave you, I hope that you understand that the babies are not from an indifferent home... and the circumstances leading to the adoption have been very unfortunate.”

The revelation has caused Paul to think differently about who he is: “I spent over half a century certain that my adoption didn’t affect me, or matter to me in any way. But when I read those letters, I felt so very sad for her. I thought, for the first time, about what it must really have been like to give up two tiny babies.

“For the first time in my life, I know for certain that I am British, and yet I feel less British than ever before… It makes me even more convinced that, while I have some power, I have a responsibility to try and fight for the things that matter to me.”