Aaron McMahon was told his brain tumor was terminal by Irish medical staff and that nothing else could be done for his cancer. Thanks to fundraising, he has now undergone life-saving surgery in the US. 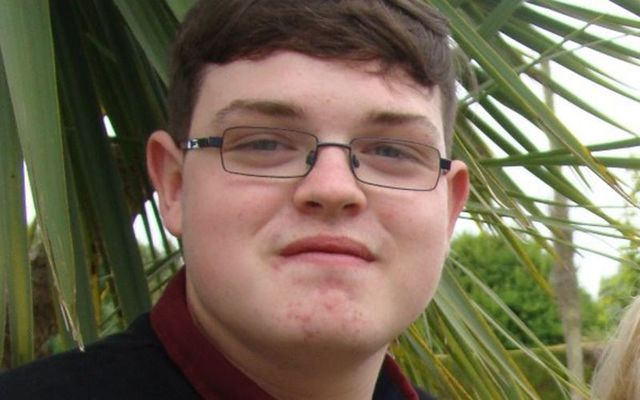 Cork teen Aaron McMahon undergoes surgery in the US for his cancer. Go Fund Me

After months of fundraising via his Go Fund Me page, Cork teenager Aaron McMahon has undergone surgery in the US for his cancer.

The local community of Midleton and all of Cork and Ireland is celebrating today after hearing that teenager Aaron McMahon has successfully undergone surgery that is hoped to be a life-saving treatment for his brain tumor.

After being told in Ireland that his cancer was terminal and that he could only receive palliative care, the 18-year-old and his family decided to seek help stateside where they found that the University of Pittsburgh Medical Center (UPMC) had developed a surgery that could save his life.

"We reached out to the Chordoma Foundation in America and they helped find a list of surgeons and one of them offered to help Aaron,” his father told a Cork radio station.

Aaron McMahon traveled to Pittsburgh from Cork, Ireland to undergo a life-saving operation on his rare brain tumor at UPMC. https://t.co/JwRl6zcsjE via @irishexaminer pic.twitter.com/cHt3ZdSFmF

On being told that nothing else could be done for him medically in Ireland, McMahon went public with his condition Chordoma, a rare type of cancer that occurs in the bones of the skull. Once the family discovered that there was surgery available to him in the US, they urgently needed to raise $116,000 (€100,000) by April 30, 2018, to guarantee the surgery could be completed this summer.

The fundraising smashed its $116,000 target on the Go Fund Me page, raising $165,773 (€142,350) to help pay for the surgery and on June 9, McMahon made his way to Pittsburgh with the surgery taking place yesterday, July 18. Taking up to ten hours to complete, the surgeon taking on McMahon’s case has performed over 100 identical surgeries to date and first reports state that it went better than expected, successfully removing the full tumor.

As many of you are aware my friend Aaron McMahon has a rare type of cancer called Chordoma. He has been battling with this for about two years. Over the last few months people have been raising money through fundraisers etc to enable Aaron to undergo a life saving surgery in America. Tomorrow Aaron will get that surgery. I remember him telling me that this song High hopes - Kodaline was a song he loved to listen to when he was feeling down. Good Luck tomorrow brother 💪🏻 see you soon ❤️

The Leaving Cert student had previously traveled to Germany for proton treatment.

The 6'1" sports fanatic told RedFM last April before the fundraising deadline, "It is not hard to stay positive. If I feel sorry for myself I will be upset all the time. I have got to keep smiling and laughing. I find a lot of things funny. I feel like I am always tired. I feel run down. There are good and bad days.

“The amount of support I am getting off (friends). The rugby lads, the GAA lads, the soccer lads, they are always there and messaging me.

"I am not giving up. (When this is over) I will go back to my old life in sport. When the operation is over and I get my check up I will be going straight back into the gym. The Leaving Cert and college is the drive. I would like to do something to do with woodwork."

Chordoma is apart of this group called sarcomas... some of ye know I am still fighting the cancer... on the 18th of July...

"It has been unbelievable to be able to take care of him and be with him through this. You have to mind him as a mother,” McMahon’s mother previously told the Irish Independent.

“Even before I had him, he was so precious to me. I miscarried with twins before Aaron so when I found out I was pregnant with this guy, I protected him before he was even born. He's been my baby that I really took care of since his first day. He was the best baby I had. I have been looking back of photos of him as a baby over the last few months and he had beautiful curls.

"It's been horrendous what he has been going through, but also he has been so courageous and strong."

Best wishes have been flooding in for the teen:

Best of luck Aaron. We are all behind you https://t.co/smSCaqXpCU

Sending all our Prayers and Best Wishes to Midleton’s Aaron McMahon who is having his Surgery tomorrow in the States. You and your family are in our thoughts xx