Barbara Jones, who has served as Ireland’s Consul General in New York since 2014, is to become Ireland’s Ambassador to Mexico. The peace-building charity Co-Operation Ireland held a farewell gathering for her in New York. 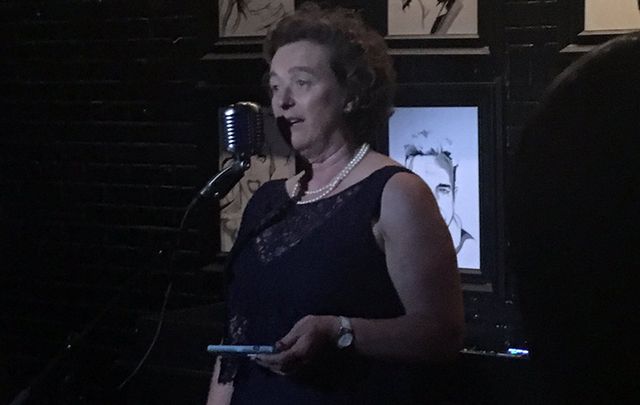 The best diplomats leave a lasting impact on the posts to which they are assigned, even after they have moved halfway around the world to another important mission. Barbara Jones, who has served as Ireland’s Consul General in New York since 2014, is one such diplomat, and she will be greatly missed by the New York Irish community, as much as it is certain she will do great things in her next posting as Ambassador to Mexico, with responsibilities for Colombia, Costa Rica, Cuba, El Salvador, Nicaragua, Peru, and Venezuela.

In a testament to her impact, Co-Operation Ireland, the Northern Ireland peacebuilding charity that’s been tirelessly pursuing its mission for nearly 40 years, held a goodbye party for Jones last week at VNYL - the trendy new bar from the Irish-born NY nightlife impresario James Morrissey.

Read More: This charity has been building peace in Northern Ireland for nearly 40 years

Immediately prior to her time in New York, Jones’ distinguished diplomatic career brought her to Northern Ireland, when she was appointed Joint Secretary at the British-Irish Intergovernmental Secretariat in Belfast in 2012. The evening, sponsored by VNYL and Moët Hennessy USA, celebrated Jones’ extraordinary achievements and was a demonstration of Co-Operation Ireland’s appreciation for all of the support she has provided to both them and other groups working toward peace and reconciliation during her assignment.

With musical performances and speeches by Co-Operation Ireland’s Chairman Jim Clerkin, CEO Peter Sheridan, James Morrissey, and Ambassador Jones herself, it was a night not soon to be forgotten.