Will 2019 be Ireland’s hottest year on record?

Bookies have great odds on another fantastic summer in Ireland. 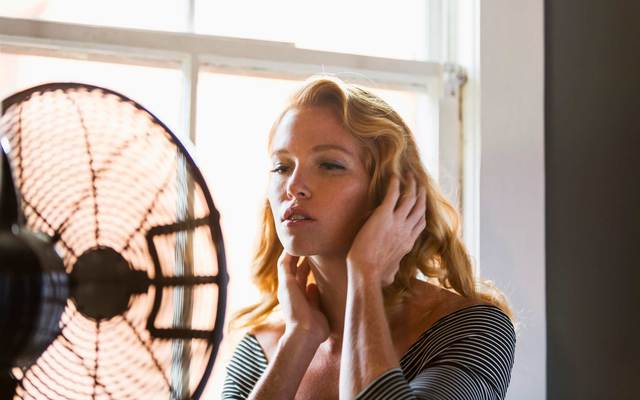 A woman trying to cool off in front of an electric fan. Getty

How high will the mercury be rising in 2019 in Ireland? Great weather predicted for Irish summer.

Could Ireland handle a second summer heatwave in a row? They may have no other option if the bookies are to be believed, with predicted high odds on a repeat of last year’s scorcher of a summer.

Irish bookmakers BoylesSports have placed a 5/2 chance on Ireland having its the hottest year on record in 2019, even outshining the fabulous weather of summer 2018. This was something that everyone you talked to over Stephen’s Night pints at Christmas would also have predicted because of the remarkably mild weather that Ireland has experienced over the holiday period.

Read more: Is Beast from the East II heading for Ireland in January?

Having a relatively mild few weeks in December and the start of January feels exactly like it did at the start of 2018; well before the Beast of the East brought along the bread crisis and the intense summer sunshine burned us to a crisp. As a result, there’s been plenty of chat that the rest of 2019 could go the same way weatherwise.

Up until now, the hottest temperature in Ireland was recorded at Kilkenny Castle in June 1887, when the mercury rose to a whopping 33.3 degrees Celsius, but we may see a new record set in 2019.

That also means that we could get the masses of snow (well, by Irish standards) that came in 2018. BoylesSport is currently giving 25/1 odds for snow on Easter Sunday on Sunday, April 21, but who knows if that will change.

Read more: Wintertime in Ireland like you’ve never seen it before

But Ire;and is just as beautiful in the snow! Image: Tourism Ireland.

As for the summer, I guess we could all head to Spain to get a little bit of a break from the heat?

What is your favorite thing to do on a sunny day in Ireland? Let us know in the comments section, below.