Is Beast from the East II heading for Ireland in January? 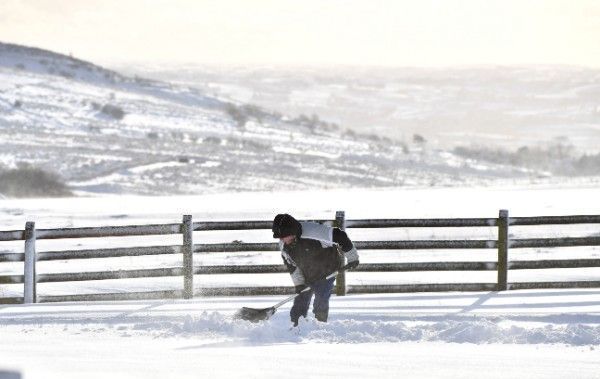 Could Beast from the East II be on the way to Ireland? Getty

Ireland could turn bitterly cold in January thanks to a current weather phenomenon that’s occurring, the same one that preceded 2018’s ‘Beast from the East.’

Read More: 'Beast from the East' Siberian blizzard about to give Ireland its worst snowstorm in 36 years

The country is presently in the midst of a "sudden stratospheric warming,” or SSW. This phenomenon includes a change in temperature in the atmosphere which could trigger “a change in wind direction leading to easterly gusts and bringing with it colder conditions.”

While the SSW happened before 2018’s Beast from the East which hammered the UK and Ireland, weather sources are insisting that it does not necessarily mean a repeat for 2019.

Liz Walsh of Met Eireann told Dublin Live: "It is very difficult to say at this time what this will mean for Ireland.”

"There is a warming in the higher part of the atmosphere which will eventually filter down to the troposphere which is where our weather happens.”

"It can take a few days or as long as a few weeks before a change can happen with winds turning easterly.”

"Of course with the change to easterly winds, it is more likely that we will experience colder weather.”

"Usually our weather comes from the west and over the warmer ocean so when you get easterly winds at this time of year it is coming from colder countries and of course, land is colder."

Read More: The Beast of the East has hit but Ireland is still cracking jokes

Walsh cautioned that it was still too soon to be making solid predictions.

"It is too early to say how it will affect Ireland, the UK will get any cold weather first and it could make its way over to us then.”

"We couldn't possibly say if we will get a bad spell like we did last year, a lot of things have to come together for weather like last February and March.”

"That kind of weather doesn't come around too often.”

"It is more likely and we will probably have a much colder spell from mid to late January after the mild spells we are currently experiencing."

Are you hoping for a snowy winter in Ireland? Let us know in the comments!