Only 20% of Irish people are “very” or “extremely” worried by climate change, one of the lowest percentages in Europe. 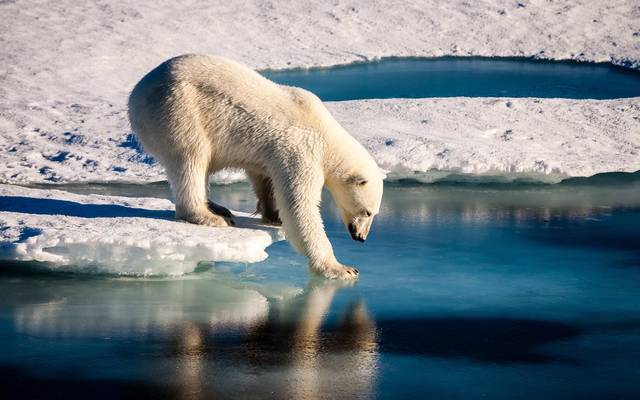 A beautiful polar bear is carefully touching the sea surface in order to cross a melt pond in the high Arctic Ocean, which is strongly influenced by climate change. Getty

Only 20% of Irish people are “very” or “extremely” worried by climate change, one of the lowest percentages in Europe.

Only a fifth of Irish people have any major concerns about climate change, according to a new survey published by University College Dublin and European Social Survey.

In total, only 20% of people in Ireland said that they were either “very”  or “extremely” concerned by climate change, stated the 2016 survey.

This compares to 52% of the population of Spain and 50% of Portuguese people who are worried about climate change.

#Ireland has one of the lowest proportions of people who are worried about #climate change. In #Portugal and #Spain, about half of the population is "very" or "extremely" worried. In Ireland, only one out of five people express the same level of worry. pic.twitter.com/f4KmaA9gpW

Survey participants were asked, “How worried are you about climate change?” To which they answered: Not at all worried, not very worried, somewhat worried, very worried or extremely worried.

The bars above represent the percentage of those “very” or “extremely” worried. Only Lithuania, Russia, Poland and Estonia are shown to be below Ireland.

Are you concerned about climate change? Let us know in the comments section, below.