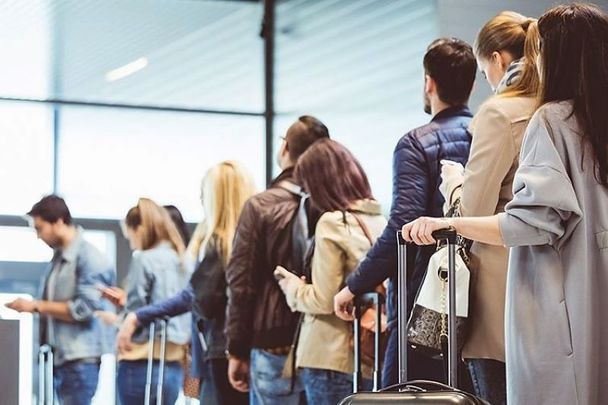 The Irish are back! 10k visitors from Ireland are expected to travel to the United States within the first week of travel alone.

The United States Covid travel ban comes to an end today, Nov 8 after a year and a half and the Irish are eager to travel once again. Aer Lingus, the flag carrier of Ireland, has reported that all transatlantic flights for Nov 8 have sold out. It's estimated that 10,000 people will fly from Dublin Airport to the United States within the first week of unrestricted travel for those who have been vaccinated against the coronavirus.

A spokesperson for Dublin Airport said double the number of people will be flying to the United States, on Nov 8 then traveled on the same day a week ago (Nov 1).

Aer Lingus CEO Lynne Embleton said in a company statement “There are certainly people who are desperate to get flying again, and obviously, it won’t stay that way for the rest of the winter, but it does show that there was a pent-up demand.”

“Generally speaking, our bookings are tracking where we would like them – given the capacity we have restored,” she added.

Aer Lingus sell out of transatlantic tickets to the United States, for first week of travel.

When commenting on the airline’s goals regarding transatlantic travel, the Irish national flag carrier said that it would like to see things return to 90% of pre-pandemic levels before the summer. Ms. Embleton described this goal as ambitious, saying:

“We do want to get connectivity back up and running; we want to get our people working again, and we believe that the ambitious schedule for next year is the right one,” adding. “The announcement of the US reopening was very recent, so we need time to build back up passenger confidence and bookings. We are seeing some pockets of strong bookings in the fourth quarter, but we do still need time for the market to recognize that Ireland is open again and people are flying again.”

Mary McKenna, Managing Director of Tour America, told the Irish Independent there has been “huge interest” in travel to North America with hundreds booking package deals for Christmas, Easter and next summer.

She added that 2019 was her travel company's most successful year to date however they're busier now than before Covid.

She told the Independent “There has been a massive surge and it is fantastic to see. The only thing is, airfares are going way up. There is a big demand there so we would advise people to book early.

Travel ban & who can travel

The US travel ban was put in place by president Donald J. Trump when the Covid-19 pandemic hit. The US government closed its borders to all but essential travel. This stopped all entry to the US for non-citizens or permanent residents.

Today, Nov 8, the US will reopen its land, sea, and air borders to people who can prove they are fully vaccinated for Covid-19 by a vaccine approved by the World Health Organization (WHO). The approved vaccines include Moderna, Pfizer-BioNTech, Oxford-AstraZeneca, and its Indian-made counterpart, Covishield. Children under 18 years of age will be exempt from the vaccination requirement.