WATCH: The Known World - an Irish discussion on how we know what we know 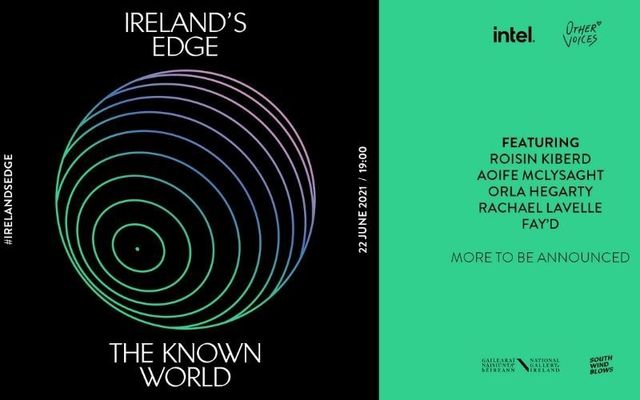 Other Voices and Ireland’s Edge are set to premiere The Known World at The National Gallery of Ireland on June 22 - tune in here for the free stream!

Ireland’s Edge –  the multidisciplinary series from the creative minds behind Other Voices and South Wind Blows - will air its live stream program The Known World on Tuesday, June 22, at 7 pm Irish time / 2 pm NYC time from the National Gallery of Ireland in Dublin.

'The Known World' is a term used by early cartographers to describe all that was then known about a region or a culture on their maps. For Tuesday's event presented by Ireland's Edge, the term frames a discussion around how we know what we know, how we are informed and by whom, and how we make judgments based on what we know or believe we know.

IrishCentral is delighted to again be partnering with Ireland's Edge and Other Voices to bring you the live stream of The Known World. Tune in here on Tuesday, June 22 to watch the event via YouTube, or head over to our IrishCentral Facebook page to watch the free stream.

Emmy Award-winning filmmaker Nuala O’Connor, the co-founder of Ireland’s Edge, said: “We are delighted to welcome our speakers to address the theme of ‘The Known World’ with us.

“This live event will frame a discussion around how we know what we know, how we are informed and by whom, and how we make judgments based on what we know or believe we know."

She continued: “Growing levels of distrust of science and of government present profound challenges to public health programmes and policymakers. How do non-experts process the tidal wave of sometimes conflicting information in order to make crucial life decisions?”

To discuss issues of trust within the system, not just in health but in all aspects of civil and social life, Orla Hegarty, Assistant Professor at the School of Architecture at UCD and Professor Aoife McLysaght of the Smurfit Institute of Genetics at TCD will join Ireland’s Edge co-curator Muireann Kelliher in what promises to be a lively and provocative conversation.

Roisin Kiberd, author of the recently published 'The Disconnect - A Personal Journey Through the Internet’ will join Ireland’s Edge co-curator Síobhra Quinlan to explore the emerging ‘known’ digital world, mapped out by Roisin in an unflinching, intimate, and razor-sharp account, illuminating the intangibility of our digital existences. In unraveling the tangle of our physical and connected lives, what unknown truths about ourselves, and others, are revealed?

Professor Diarmaid Ferriter and Dr. David Kenny will be in conversation on 'Containing Multitudes' to discuss contemporary competing narratives around an array of issues in public life from Covid-19 to Irish Civil War commemoration to the Commission on Mother and Baby Homes to the idea of contested citizenship in Northern Ireland - What happens when the lived experiences of individuals collide with the necessity to meet impossible verification criteria? Is it ever possible to meet individual or collective expectations of closure, vindication, acknowledgment, and retribution?

Dublin-based composer and musician Rachael Lavelle will perform, blending her classical and contemporary influences with elegant piano and acrobatic vocals. The show will also feature a debut performance from exciting young voice Fay'd, whose recent drill remix of the well-known Irish leaving cert poem on Spailpín Fánach has been making waves online.

Ireland’s Edge - The Known World will be free to view and streamed worldwide via YouTube, Facebook Live, and Twitter at 2 pm Irish time / 7 pm NYC time on Tuesday, June 22. This event has been kindly supported by lead sponsors Intel.