Horse Island was bought by a Cypriot businessman during the pandemic when there was an increase in extremely wealthy people targeting properties in “remote locations”. 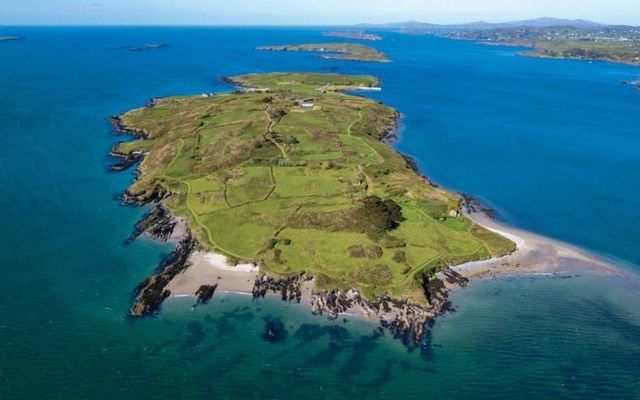 Horse Island, a private island close to Schull in West Cork, was purchased by a Cypriot businessman below the asking price for $5.5. million.

The luxurious property located in Roaring Water Bay was sold by former banker Adrian Fitzgibbon and his wife Deborah. The Fitzgibbons had initially sought €6.75 million for the land, which includes seven houses, a pier, and a helipad.

According to The Sunday Times, a Cypriot businessman purchased Horse Island off the coast of West Cork last year, Land Registry filings show.

John Renos, who has business interests in China and Germany, paid €5.5 million for the 157-acre island during the pandemic without seeing it and had to make do with a video tour.

The Fitzgibbons extensively upgraded the properties on the island which they purchased at the height of the Celtic Tiger in 2007.

Fitzgibbon attempted to set up a whiskey distillery and visitor center on the island in 2014 but An Bord Pleanala refused permission. He also attempted to raise wagyu cattle before deciding to sell. 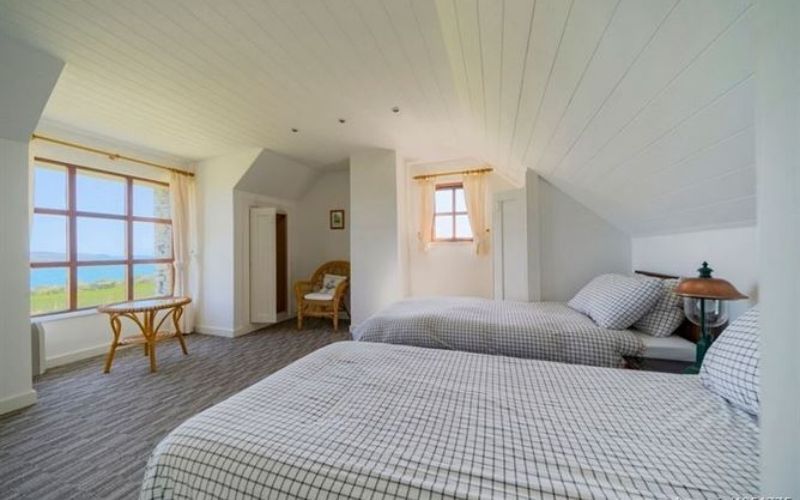 The island has seven homes including the main house, with six bedrooms. All the properties have amazing views of the sea.  Under the Fitzgibbon ownership, the island became completely self-contained and has its own electricity supply from wind turbines and three diesel generators, its own water supply from a well, and a new sewage system.

Alex Robinson of Knight Frank, who helped to sell the island, said last year that the purchase reflected a pandemic trend for ultra-wealthy people to target property in “remote locations”.

Several well-known people have bought Irish islands in the past including John Lennon who purchased Dorinish island in 1967. Yoko Ono sold it after Lennon’s death, donating the proceeds to an Irish orphanage. 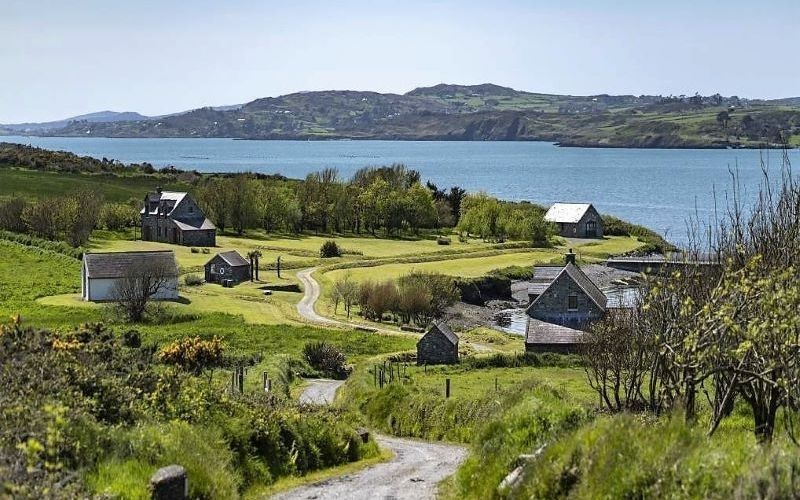 Horse Island once had a thriving copper industry, which operated from 1820 to 1874. The remnants of this can still be seen on the island.

Old maps show that there were several mine shafts on the island and the Topographical Dictionary Of Ireland, in 1837, reported that the mines yielded very pure ore and were extensively worked by the West Cork Mining Company.

In 1841 the population peaked at 137 people, most of whom were employed in the mines, however, by 1965 all the inhabitants had left the island. Some of the ruins of the old village and managers’ houses can still be seen on the island.