Dream home? On a lake, with countryside grounds including castle ruins and your very own Irish cottage. Oh yes, please! 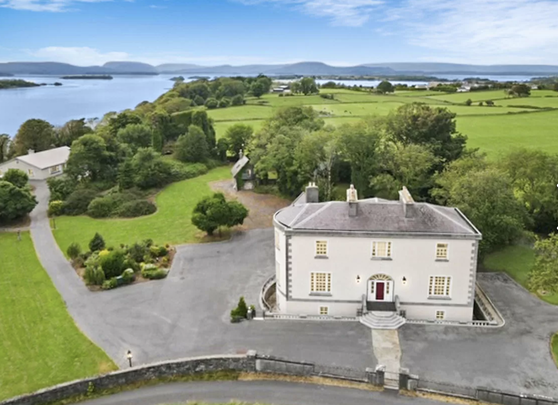 A grand estate on Lough Corrib, with almost four acres of land and its very own guest cottage. This is the stuff of dreams!

Demesne looks simply delightful! At $1.12 million / €950,000 it's possible out of most people's budget, but we can dream, right? We initially spotted this gem last year and we're shocked that it's still on the market!

Located in Ower, a townland outside of Headford, in County Galway, this property has a lot to take in. The main house on Ballycurrin Demesne is a four-bedroom, three-bathroom grand home, with an area of 370 meters squared. This period house, dating back to the 1770s, is nestled on 3.7 acres of land and includes a guest cottage in the caretaker's lodge, and the historic ruins of the 14th century Ballycurrin Castle. The property has uninterrupted views of the countryside, Connemara Mountains and Lough Corrib.

Placed on the market by Farrell Auctioneers & Estate Agents Ltd, they refer to this restored period house and estate as the essence of "rural splendor", and we tend to agree. In pulling this together are difficulty was what to put first... its surroundings, its property, or its location. We're into it all. 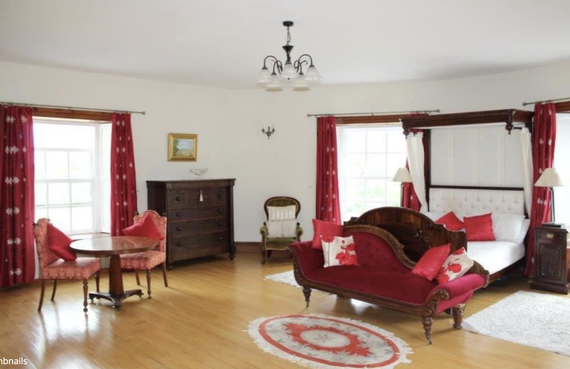 One of the bedrooms at Ballycurrin Demesne.

Again according to the agents the property is "restored to its full glory including sash windows and 13ft ceilings", and we're all in. The main house includes a drawing room with the original solid oak flooring and view of the lake and a limestone arch open fireplace. The reception hallway includes a "ceiling centerpiece" and "antique feature staircase" Also on the ground floor is a dining hall which again includes an open fireplace with antique surround and limestone arch. 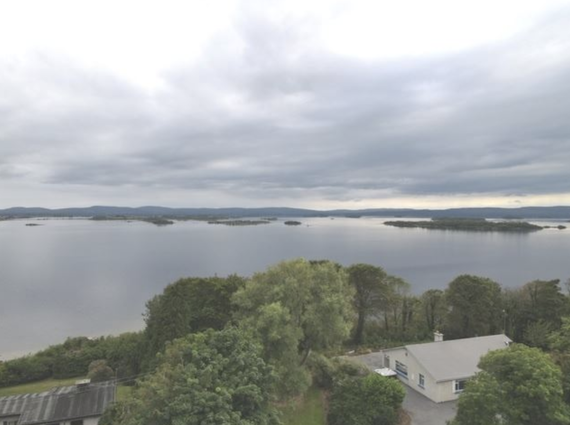 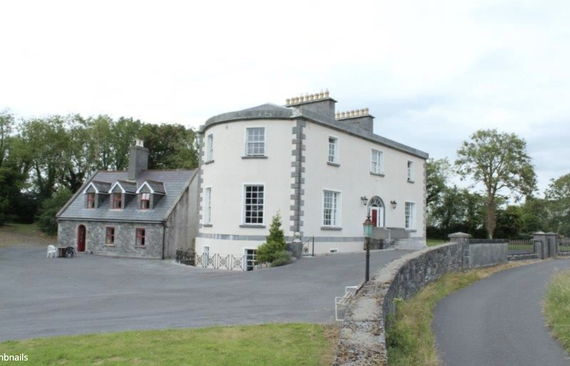 The main house at Ballycurrin Demesne.

Upstairs the master bedroom has a "triple aspect", meaning windows pointing east, south, and west. Not only that but it has two open antique fireplaces and an en suite.

If it's nature, the green great outdoors and even fishing that floats your boat this old Irish estate has private access to Lough Corrib, a truly beautiful spot for angling, boating or just soaking in mother nature. Each home, the main house, guest cottage, and caretakers lodge, are all located just 50 meters from the lake.

For all you fishermen, in case you weren't aware, Lock Corrib is at the center of Europe's largest brown trout fishing district and in the sought after area of Headford with its rural tranquility.

Where is this dream home?

The Ballycurrin Demesne is located just a 13 minutes drive (Google Directions) from Headford town this wonderland isn't far form almost all amenities a town can offer. Headford town is the center of an area containing a number of prehistoric burial cairns, Iron Age stone enclosures, early Norman and later castles, and several monastic sites. These include Ross Errilly Friary, located northwest of Headford, which is one of the best-preserved monastic ruins of its period in Ireland.

Just 42 minutes (Google Directions) away is Ireland's capital of culture, the city of Galway. Also, just an hour away is the airport of Knock.

You can read the full listing of this property here.