Situated on the south side of Cork City, the detached three-bedroom house was part of the "prefab-style" homes erected on Whiddy Island in Bantry Bay to house a US Naval Air Base during the latter stages of the First World War in 1917. 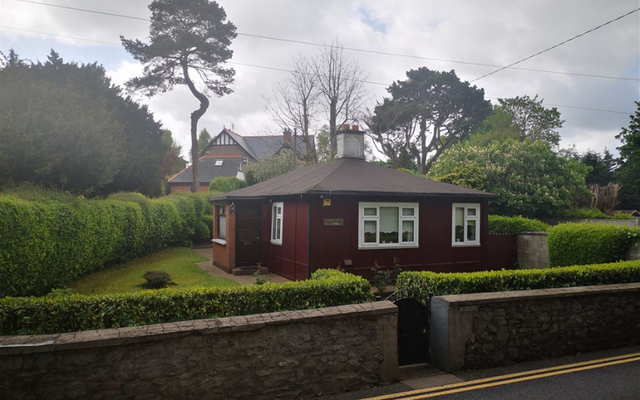 This historic bungalow for sale in Cork is a relic of a US naval base in Ireland during the First World War.

Situated on the south side of Cork City, the detached three-bedroom house was part of the "prefab-style" homes erected on Whiddy Island in Bantry Bay to house a US Naval Air Base during the latter stages of the First World War in 1917.

The US Navy's short-lived Bantry Bay Station was due to house naval reconnaissance aircraft that were capable of directing destroyers hunting German U-boats, such as the one that sunk the Lusitania off the Old Head of Kinsale in 1915.

However, the base soon became irrelevant after the First World War ended in November 1918, with Ireland plunging into the War of Independence the following year.

Following the end of the war, the officer's quarters on Whiddy Island were taken down and moved elsewhere to provide much-needed accommodation in post-war Ireland.

This particular Canadian Pine bungalow ended up on the College Road in Cork City, where it has become a three-bedroom family home steeped in history.

Listed by Keane, Mahony Smith auctioneers, the property is on the market for €225,000 ($241,000) and offers an opportunity to own a unique piece of Irish history.

However, the property is only available to cash buyers as its unusual construction means it is unsuitable for a mortgage.

The bungalow also boasts beautiful mature gardens that surround the property in its entirety.