Thinking of buying a vacation home in Ireland, or making a permanent move? Here are the most affordable locations. 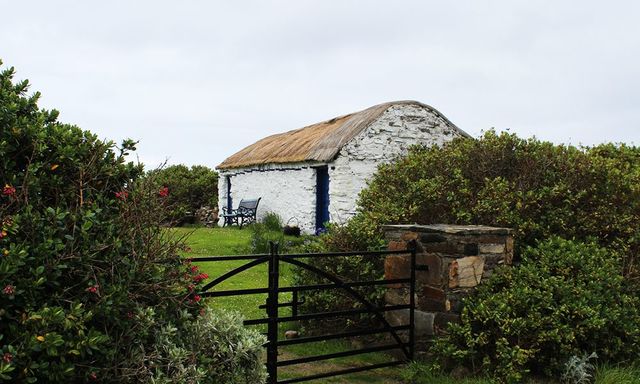 Wishing you could buy a vacation home in Ireland but thinking you could never afford it? Think again. Some of Ireland’s remote beauty spots are going for dirt cheap, according to the Irish Independent.

Local agents in each county explain why these areas have the most depressed property values.

Ireland’s wildest county is also one of Ireland’s cheapest. With its scattered population and lack of a major town, Donegal’s median sale price of property is way below the national average.

"The towns and villages on the periphery of the county have been absolutely decimated by emigration, so there's no demand for properties in those areas any more," he said.

He adds that Northern holiday-home buyers are not interested in those regions because they’re harder to reach than more popular areas such as Rathmullan, Dunfanaghy or Downings.

He blames a flood of residential investment properties being released onto the market by receivers and banks, for keeping a cap on values. "I suppose you could say it's also fast-tracking a process, but we're five years into now."

Although west Cavan boasts some of the most beautiful scenery in Ireland, areas like Belturbet Ballyconnell and Bawnboy are just too far off the beaten path, said Eugene O’Dwyer of DNG O’Dwyer in Virginia, Co Cavan.

"The day of scenic is gone, I'm afraid. It's all about location. That's what sells property at the minute. West Cavan is just that bit too far away from Dublin," he said.

Peter Donohoe of REA Peter Donohoe told the Irish Independent that property in the area is "absolutely cheaper than it should be.”

Evidence suggests some homes in the county are now selling for less that it would cost to construct them.

Ireland’s most underpopulated county also has the most ghost estates per head of population, according to a census taken in 2010.

Many of Leitrim’s population emigrated in the 20th century due to the county’s generally poor agricultural land, leaving behind many empty homes. Rural renewal housing incentives in remote areas followed, making matters worse.

The Leitrim end of Cavan and the Cavan end of Leitrim are where prices are lowest, say agents.

Leitrim’s demand is greatest around Carrick-on-Shannon, and lowest in the east of the county, around Carrigallen, said agent Peter Donohue.

Donohue added that the demand for lettings were high and that sales were increasing.

"People are beginning to realize that it's quite a good buy because property is cheap here, and naturally if it's cheaper now there's a better chance it'll improve as time goes on," he said.

"There's an overbuild of developments because of Section 23. That's the history of it. Towns like Tulsk, Castlerea, Rooskey, Strokestown – any of these towns have three or four developments sitting on the edge of them," said John Earley of Property Partners Earley in Roscommon.

He added that houses in Roscommon town sell at about 25pc below construction cost; in Tulsk or Boyle or Strokestown, they sell for about 50pc below building cost.

Much of the county’s property is being purchased now by foreign buyers.

"Of the last seven or eight sales I've made, I had an American purchaser, at least six English purchasers and one Irish,” he said.

Laois comes in as the cheapest place to buy property in Ireland.

Farm-rich, flat Laois differs from the other four counties on this list in that it isn’t a holiday home destination, says local agent Matt Dunne of Matt Dunne & Associates in Portarlington.

There’s not much scenic interest in the midland county, he says. "And we're only an hour from Dublin – why would you have a holiday home here?"

In its heyday, the county’s property market was sustained by Dublin commuters, but the economic crash ended the location’s appeal.

"We used to get a hundred phone calls a day. Then the phone calls went down to 10 a day," said Dunne.

"What happened was that the cost of commuting became too expensive – the cost of fuel. And anyway they didn't need to come down this far because property prices in Dublin were so cheap relatively."

However, Dunne says he is encouraged by rising house prices in Dublin.

"We need demand like that in Dublin for us to survive. We're just hanging on to the coattails. And nothing functions down here, almost, without it. If we're relying on the local trade at the moment there's nothing going to happen."