All the basics and some fun facts about County Laois. 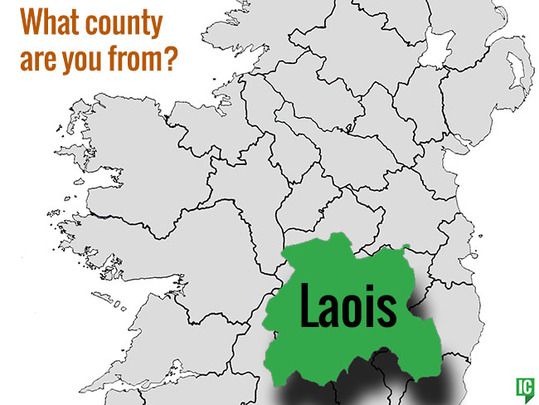 Find out some fun facts from the middle of Ireland. Jay Sia

The first people in Laois were hunters and gatherers who passed through the county about 8,500 years ago. They hunted in the forests that covered Laois and fished in its rivers, gathering nuts and berries to supplement their diets.

Next came Ireland’s first farmers. These people of the Neolithic period (4000 to 2500 BC) cleared forests and planted crops. Their burial mounds remain in Clonaslee and Cuffsborough.

Around 2500 BC, the people living in Laois produced weapons, tools and golden objects. Visitors to the county can see a stone circle these Bronze Age people left behind at Monamonry, as well as the remains of their hill forts at Clopook and Monelly. Skirk, near Borris-in-Ossory, has a Bronze Age standing stone and ring fort.

The next stage is known as the pre-Christian Celtic Iron Age. For the first time iron appeared in Ireland, as factions fought bloody battles for control of the land. At Ballydavis, archaeologists have discovered ring barrows that date from this time period.

By the first century AD, Laois was part of the Kingdom of Ossory. The county was divided roughly into seven parts, which were ruled by the Seven Septs of Laois: O’More (O’Moore), O’Lalor, O’Doran, O’Dowling, O’Devoy (O’Deevy), O’Kelly and McEvoy.

When Christianity came to Ireland, holy men and women founded religious communities in Laois. Between 550 and 600, St. Canice founded Aghaboe Abbey and St. Mochua founded a religious community at Timahoe. An early Christian community lived at Dun Masc or Masc’s fort, on the Rock of Dunamase.

From Abbeyleix the Heritage Trail takes you through Ballyroan to the hidden beauty of Timahoe village. Here you will find a twelfth century Round Tower with an impressive Romanesque doorway. The tower is all that remains of the original monastic foundation of the seventh century. Beside the Tower is the Church of Ireland,which is now used as a library.

Since 2004, thousands gather at Stradbally Hall. It began as a one day festival and has now grown to a weekend long festival of music, arts, comedy, and the community.

Take a look at Electric Picnic below:

Mapped by Ptolemy in 140 A.D., plundered by Vikings in 842 A.D., the dowry of a princess in 1169, seat of the O’Mores of Laois in the 14th century and destroyed by Cromwell’s forces in 1650 and currently the subject of a conservation project, this magical fortress is truly the stuff of legend and is well worth a visit.

On the trail again you will find yourself in the canal village of Vicarstown. The Heritage Trail then takes you along to Emo Court House and Gardens designed by the famous Sir James Gandon in 1790.

Following on from Emo Court the trail will bring you into the town of Portarlington, which has a long established connection with the French Hugeunots. The town has Georgian, Hugeunot and Victorian architecture of exceptional quality.

Next on the trail is the town of Mountmellick. This town has its own Walking Heritage Trail and information boards are dotted throughout the town.